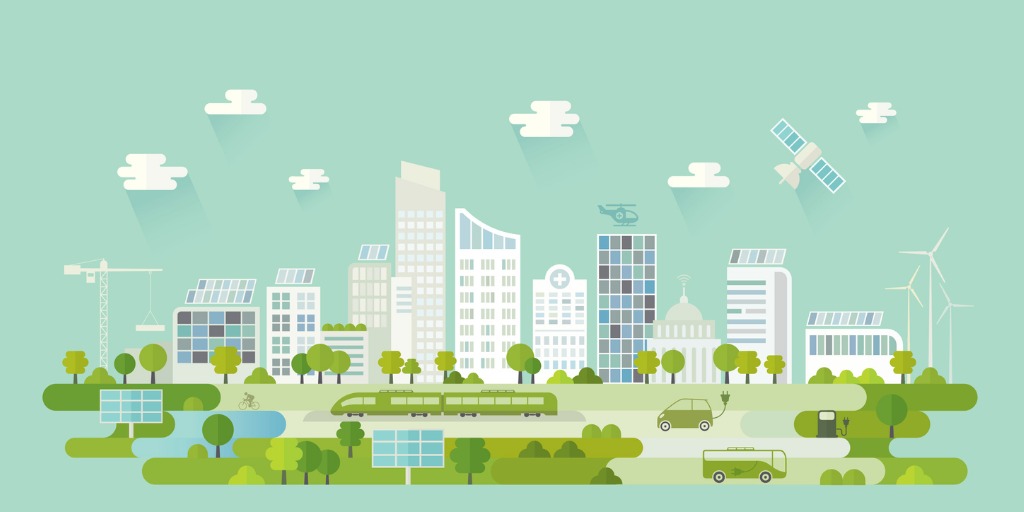 While there are challenges ahead, to date the UK has reduced carbon emissions by 43% from the level recorded in 1990. And the UK’s cities, particularly those with devolved administrations are leading the way in that reduction, with ambitious plans to improve building efficiency, embrace renewable generation and reduce transport emissions.

In 1950, 79% of us lived in cities – by 2030 that’s set to rise to 92.2% of the UK population. With growing numbers of people living and creating emissions in cities, it’s crucial that our urban environments embrace a low-carbon future. Happily, they seem to be rising to the challenge.

London is one of the C40 group of cities, each one of which has pledged to reduce emissions by 60% by 2025. There’s more work to do, but London has already reduced its carbon emissions by 39% since their peak in 2000, despite the growth in its population during that time.

The ultra-low emission zone (ULEZ) is due to come into force in London from 8th April 2019. It’s designed to improve air quality and reduce transport emissions further. The Greater London Authority also runs the Cleaner Heat Cashback to support small and medium sized businesses switch to renewable energy or connect to a local heat network. But London is far from alone in moving towards a lower-carbon future. 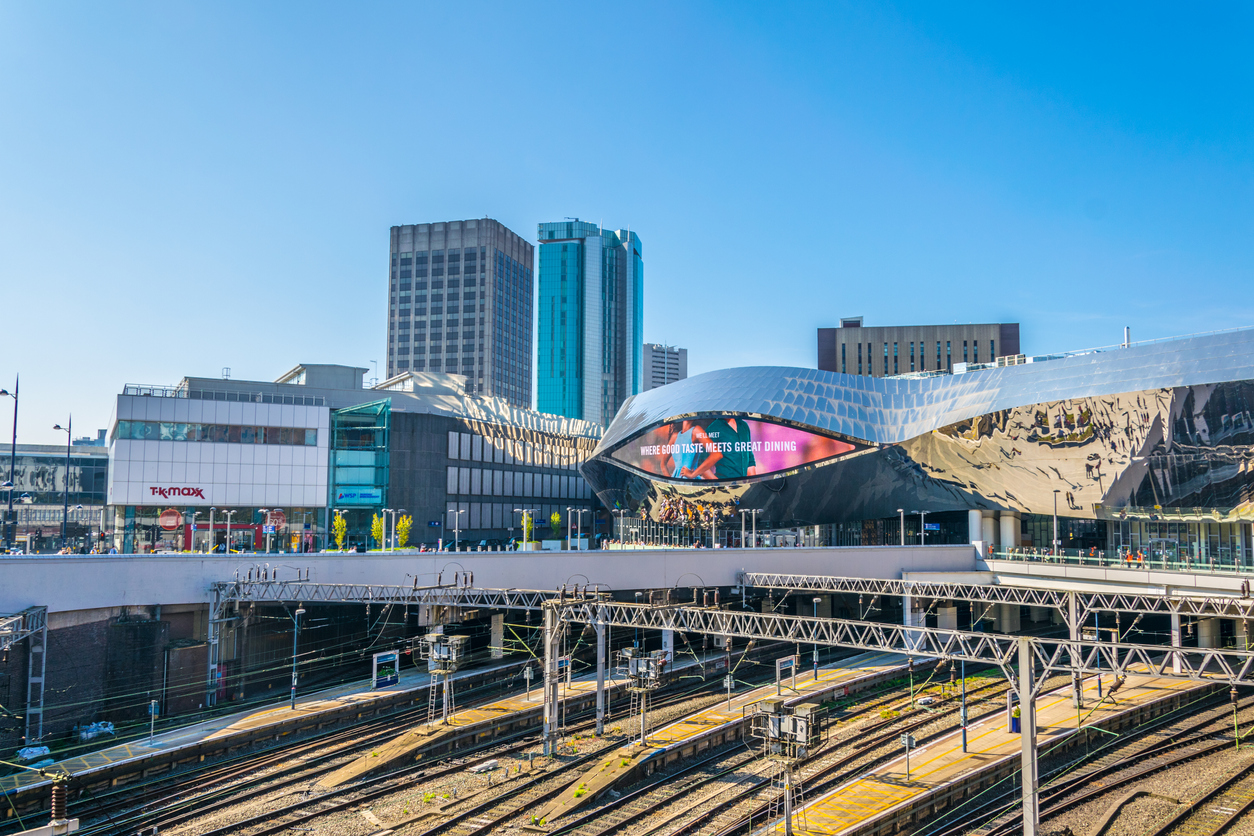 Birmingham also aims to reduce carbon emissions by 60%, in its case by 2027. A step towards this target is the district energy scheme based around a combined heat and power (CHP) system in its revamped New Street station.

A carbon-savings calculator on site records the levels of CO2 since the system was set up – more than 3,000 tonnes a year. Heat generated beyond what’s needed on site is exported to the Birmingham District Energy Scheme, which includes John Lewis, Aston University and the National Indoor Arena - a good example of numerous bodies working together for the public good on an ambitious scale.

‘The city's shared district heating network to the north side of the station... will further reduce the city’s carbon footprint and provides considerable potential to expand. There are a number of public buildings, which have been identified for possible connection to the district heating. The scheme also provides huge potential for connecting adjacent buildings with district heating, and supports more sustainable regeneration that is planned for the south of the city centre.”

Carbon reduction programmes in Birmingham and London look set to be eclipsed by what’s happening in Bristol and Nottingham. In 2018, Bristol passed a declaration to become entirely carbon neutral by 2030. Inspired by the C40 cities work and the IPCC report on climate change, councillors elected to take radical action. Green party councillor Carla Denyer said:

‘We can’t wait for the UN or national governments to negotiate when we have just 12 years to act – we have to show how it’s done and commit to ambitious action at the level of cities.’ 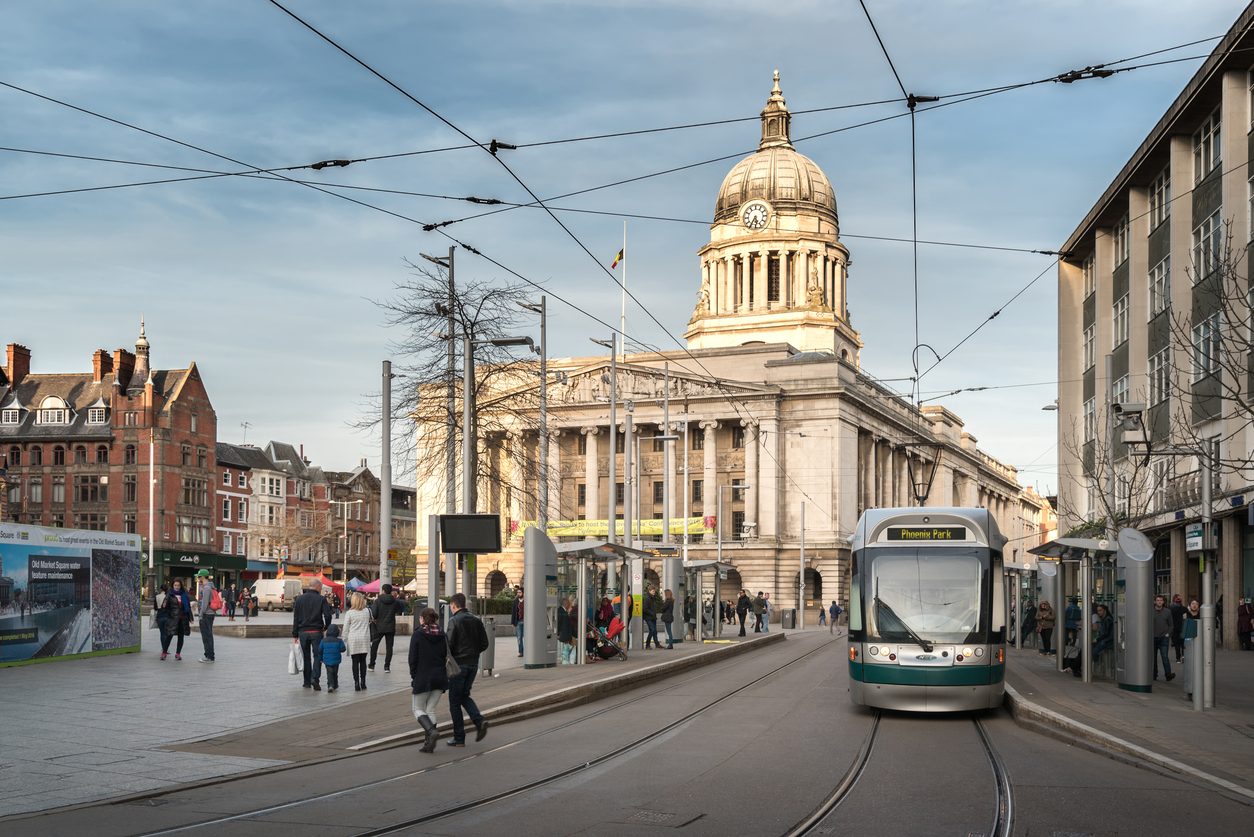 Beating even Bristol in its statement of intent, Nottingham has committed to becoming the first ‘net-zero carbon’ city in the UK, after setting a target of 2028 to go carbon neutral. Nottingham has already made significant strides to reduce its carbon emissions by investing in renewable energy, a fleet of electric, biogas and retrofitted buses and introducing a workplace parking levy. Nottingham also leads the way in installing domestic renewables and pioneering a programme to upgrade homes to make them more energy efficient.

However, while local authorities might aim to outdo one another with their targets – reducing carbon emissions is not really a competition. Each UK city faces unique challenges of geography, demographics and legacy systems, but they can and do share ideas and examples of best practice to help us all move towards a low-carbon future.