With plans afoot to install small wind turbines on lamp posts, connecting directly to the grid, we asked our low-carbon technology experts for their views on how successful such an idea might be.

The company behind the plan is targeting the two million UK lamp posts that would be suitable for such turbines, and reckons that turnover could increase to £400million over the next five years.

A rebuttal to wind objections

Firstly, lamp posts can be a good site for small turbines. A common complaint about wind turbines is that they are unsightly and noisy – so that becomes less of issue on unsightly and noisy roads. You're also more likely to get more bang for your buck; unlike in more urban areas, there isn’t much around the poles that blocks the wind. 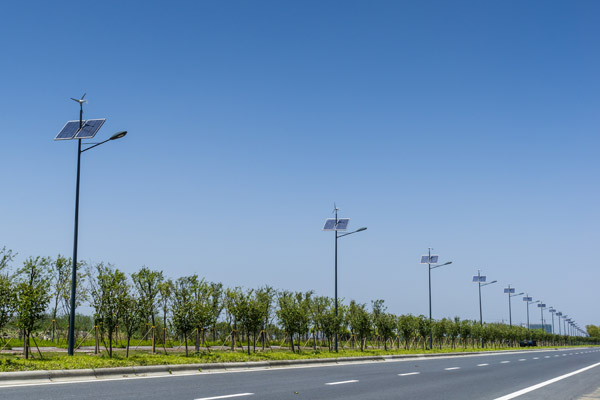 But although they weren't proved to work so well on buildings, they do better on poles. The fact that in this case it's about using existing poles makes it even more attractive from a cost perspective.

Another notable economic advantage is that lamp posts are already wired up to the grid, which avoids a significant cost element which is associated with most pole-mounted installations. There are some lamp posts, such as those pictured, that have solar panels attached – an alternative step towards renewable energy.

And now for the slightly cloudier outlook.

The reason that wind turbine size has increased hugely over the last few decades is that bigger turbines give out much more power for the cost, as they have a bigger swept area and are tall enough to reach stronger winds.

The turbines in the company mock-ups look small. Will this affect the economics of the plans? Time will tell.

READ MORE OF OUR BLOGS:

Mapping a solar-powered planet: how many panels would power Earth?

How big is the opportunity?

The scope is also more limited than it would first appear, as this will only work on exposed rural roads that have street lighting—a small proportion of roads.

Then there's the characteristics of roads themselves, which aren’t usually built in very windy spots (i.e. on hills). Although the poles are tall, there's still a risk of low wind speeds affecting output.

It is also a plan not likely to be without additional – and essential – costs. Fitting a wind turbine will dramatically increase the loading on the pole whenever the turbine is operating. Existing lamp posts have not been designed to withstand this and may require structural modifications.

Safety must be a prime consideration. Wind turbines are usually sited away from people and houses, for good reason. If anything were to fall off these turbines, it could cause a fatal accident.

It seems that while turbines on lamp posts certainly has its advantages as a concept, there are still plenty of considerations for those involved in this plan to get their heads around.

Learn more about field trials by the Energy Saving Trust, and discover more blogs on lighting. Share your thoughts with us in the comments below or tweet @EnergySvgTrust.

Yes there is a large

Yes there is a large potential market but certainly not on existing lamp posts (structure). Highway lamp posts will be more robust.All other points are also very valid.

In addition to poor location the main reason for failure of this market is due to existing designs performing very poorly. Size is directly relevant to the power output but efficiency is equally important. The small designs all have very low efficiency in comparison to their giant brothers. Especially the simple vertical types, which although look great and are easier to make (China streets are filled with them) have atrocious efficiency levels and do very little.

New generation high efficiency turbines do exist but very few are in production as the market has ignored them due to the failure of previous generation types. The old designs are mostly miniature versions of the standard horizontal axis type which are churned out in Chinese factories for rural battery charging applications at exceptionally low prices.