The present and future of UK solar power

At first glance, the picture doesn’t appear particularly pretty for solar PV in the UK right now. The highly-successful Feed-in Tariff (FiT) scheme, which paid those installing electricity-generating solar panels a rate for both what they generate and put back on the grid, closed to new applicants at the end of March. Not surprisingly, there has been something of a crash in installations since then – though it’s worth pointing out that the drop could be exaggerated by a rush to register installations before the scheme closed.

One attempt to fill some of the gap created by the end of the FiT scheme is the Smart Export Guarantee, which means that from January 2020 energy suppliers will have to pay people for what they export to the grid. However, it doesn’t specify how much you get paid or how long payments last for – this is left up to the market. So far, only Octopus Energy has responded by offering an export tariff.

Find out more about eligibility for the Smart Export Guarantee, or read on for more about where next for solar in the UK.

From crisis must come creativity and there are signs of new innovation that could support the solar market in the future. It’s needed as government intervention is doing little to support the potential switch to solar in the UK.

Based on the UK’s Government’s own figures about what impact the Smart Export Guarantee will have, it shows that it will only enable around 3,000 new PV installations a year; a drop in the ocean compared to previous rates. Given the huge changes needed to meet carbon targets and avoid the worst impacts of climate change, this new scheme will do very little to help. We need to see clear signals and action from the UK Government that encourages uptake of and investment in solar PV in much larger numbers.

Another unfortunate by-product of the end of the subsidy is there is now no means of effectively and publicly tracking domestic installations. Data on those registering for FiTs was available from Ofgem, and while now, systems compliant with the microgeneration certification scheme (MCS) are registered with them, that information isn’t publicly available. 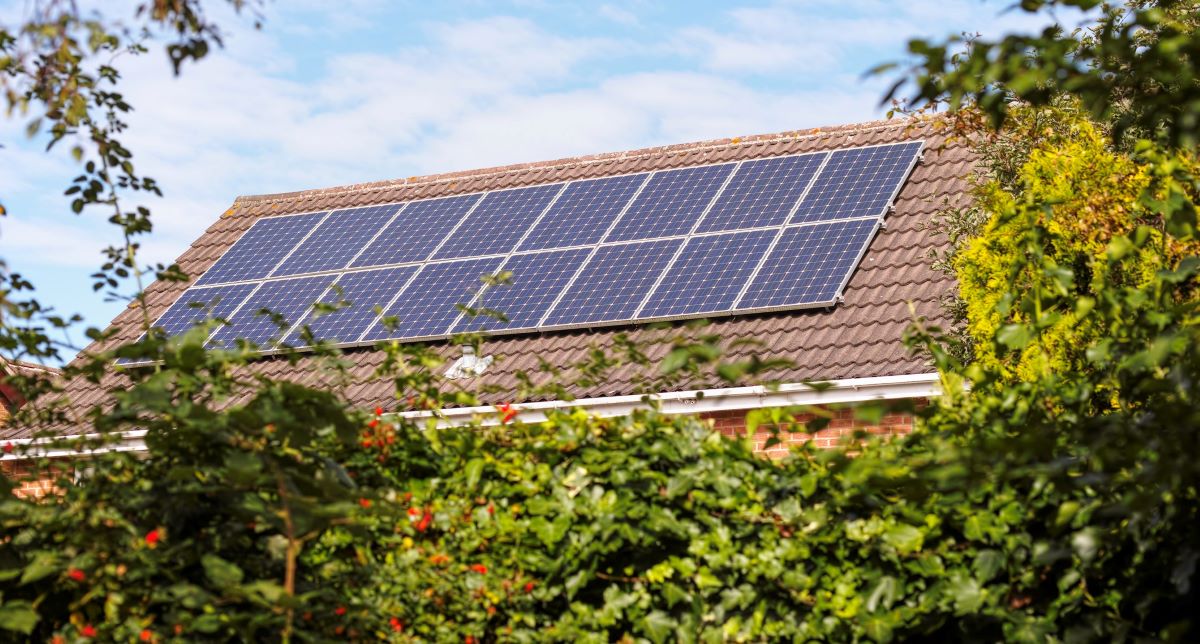 Solar stagnation would certainly prove to be a sad coda to a successful 15 years or so for this technology in the UK. From a measly 12 megawatts of capacity in 2006 to over 13,000MW this year, the solar market has exploded, and the UK has become a major global player. And there’s still so much potential to be tapped.

The International Energy Agency says that solar, both photovoltaic and thermal, could surpass fossil fuels, wind and hydro by 2050 to be the world’s largest energy source.

Here in the UK, a recent study suggested that covering 61 per cent of south-facing commercial roofs with solar PV could provide all the energy needed for UK businesses, while saving medium-sized and larger enterprises at least £30,000 a year on their energy bills.

Support and subsidies to date, both in the UK and internationally, have seen the costs of solar panels and other kit related to generating electricity from renewable sources fall dramatically. All the signs suggest that further reductions prices, both for solar and battery storage technology, are almost inevitable.

Where financial support weakens, there’s always the possibility that innovation might support solar’s momentum – whether that be through novel technologies, new models of finance that work beyond government backing or new ways of applying solar devices.

There’s plenty of creative thinking happening right here in the UK. Researchers at the University of Sheffield recently unveiled a new type of solar cell featuring a surface embossed with tiny grooves with different electrical contacts, which is said to cut down on manufacturing costs and increase electrical conversion efficiency. Meanwhile, a new form of material overlaid on silicon solar cells, developed by an Oxford-based team, has demonstrated record efficiency.

Efforts continue to focus on making the life cycle of solar technology as sustainable as its mode of energy generation. This ranges from the collection and recycling of old PV modules, the possibility of an EU-wide eco label for solar panels, and the adoption of cradle to cradle (C2C) principles – where resources are seen in a constant process of cycling – by the solar industry. To date, two solar companies have achieved certification on the latter. 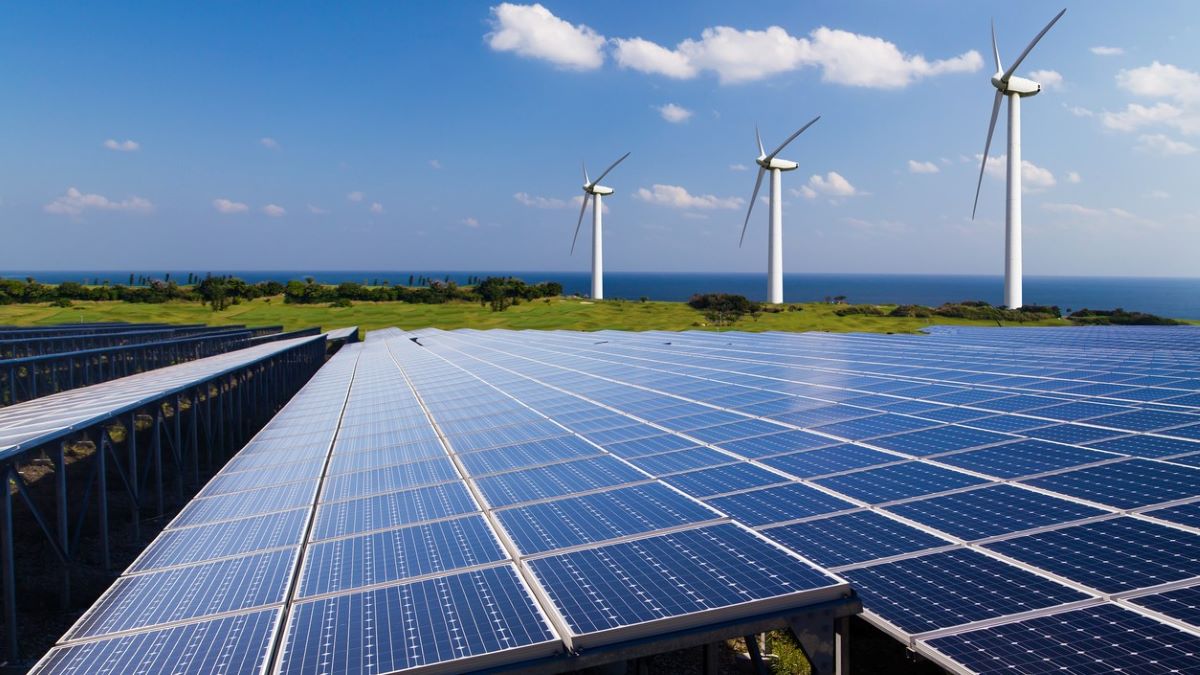 Without subsidy, solar farms are one way to achieve economies of scale and deliver considerable zero-carbon electricity to the grid – and the tag of ‘the UK’s biggest solar farm’ seems to be changing location constantly. High-level planning applications are in on a 500MW project straddling Suffolk and Cambridgeshire and a 350MW installation in North Kent. The latter, however, faces significant local opposition.

A partnership between Warrington Borough Council and Gridserve is being hailed as one of the most technologically-advanced large-scale solar projects to date, using bifacial solar panels, which generate energy from both sides, as well as trackers to follow the sun for the first time in the UK.

It’s clear there are some reasons to be optimistic – and that’s not forgetting the work of organisations like Energy Saving Trust in delivering renewables at national and local level and both domestic and community scale. We have dedicated community energy teams in Scotland and Wales funded by the Scottish and Welsh Government. The Scottish Government is also continuing with specialist renewables advice and an interest-free loan scheme.

There’s no doubt that it’s not just domestic solar PV which has taken a recent hit – the demise of Feed-in Tariffs means that only larger community-scale project are now financially viable. But benefits can be stacked up at community level in a way they can’t always be at home – and it’s leading to some important questions about how the electricity generated from solar arrays is used.

A greater focus on green energy use from solar and other renewable installations is certainly a positive over simply ‘chasing a tariff’. Maximising on-site use at both domestic and community scale can be achieved through a number of means, whether that by providing hot water in tanks, electric vehicle (EV) chargers for the local area, or battery storage. In some cases it will make sense to invest in battery storage, because even though it’s a greater initial outlay, it allows you to make the most of the energy you generate, as well as selling energy as a service to third parties.

New offers for solar customers on the cards?

While it may seem like a time to be downhearted about solar in the UK, it’s far from all doom and gloom. The end of central government support is likely to prompt much more compelling offers for customers in terms of pricing and installation, as well as packaging solar with energy storage. We may see radical change in how the technology is sold. One outcome could be a shift from selling you a piece of kit to models where, for example, the company could own the battery storage and use that for trading on the market, with the solar PV system itself coming for free or a reduced price.

A reaction from industry is inevitable, as well as creativity from consumers and communities. And don’t discount the impact of the shift towards electric vehicles, which are essentially a battery on wheels. Could this lead people to consider solar PV as a means to charge their cars? There are certainly interesting times ahead. Solar’s sun has far from set.