A case study on the UK’s first electrical contractor to adopt an ecargo bike.
All Case studies

Brighton-based Mid Sussex Electrical Ltd is a family-owned electrical contractor and pump installation firm. The company was established in 2006 and operates all over the southeast of England and London. The firm’s customers include property developers, a utility company, an outdoor market, a public transport service provider and a seafood supplier. 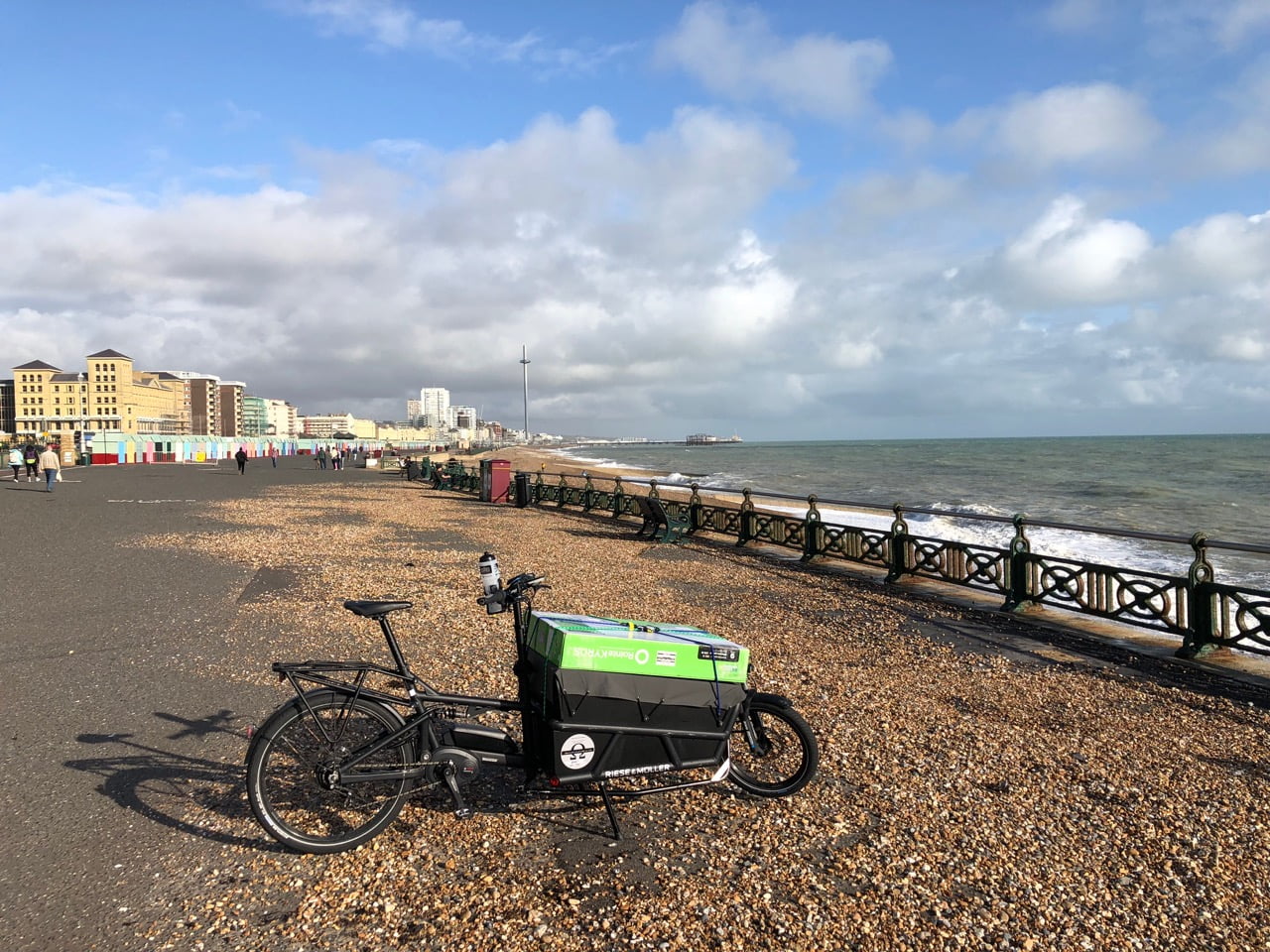 Simon Backler, director of Mid Sussex Electrical Ltd, is a keen cyclist and had been looking at ways to move away from using his van and towards a form of transport that would be healthier both for himself and for the environment. On a weekend trip to Amsterdam, Simon was inspired by the many cargo bikes he saw around the city.

Simon contacted an ebike supplier in London, and from there, learned about Energy Saving Trust’s eCargo Bike Grant Fund. He found the application process simple and received £970 in funding. In June 2019, Mid Sussex Electrical Ltd became the UK’s first electrical contractor to adopt an ecargo bike.

Simon did a lot of research and trialled several models, which led to him choosing a Riese and Muller Load 75, because he was impressed with the build quality and range. Simon also purchased new storage boxes, which stack inside the ecargo bike, a hard-shell secure carry case and two rear pannier bags. The total carrying capacity of the bike is 140kg, which means capacity is never a problem.

The ecargo bike turned out to be everything Simon expected and more. It has helped Mid Sussex Electrical Ltd take on jobs that are not easily accessible by vehicle, such as the work they do within a shopping centre in Brighton. They can wheel the bike directly into their client’s store, which saves on parking, and the high carrying capacity of the ecargo bike means they do not have to carry heavy tools on foot.

The ecargo bike has also reduced the cost of travelling to clients in London. When taking the van, Simon would pay congestion charges, ULEZ charges and parking costs. He estimates that by taking the ecargo bike instead, the business saves as much as £100 per trip. Simon estimates that the business has saved around 2,500 miles per year of van use, which equates to an estimated 0.99 tonnes of carbon dioxide emissions.

The ecargo bike is charged in a secure garage overnight, and the cost is included in the business’ monthly electricity bill. Simon estimates the cost of charging to be less than £1 per day. The bike has a range of between 35km and 100km per day, and Simon has found that customers are happy for him to charge on-site if required.

The bike has earned Mid Sussex Electrical Ltd a lot of publicity and has greatly increased the enjoyment and wellbeing of the staff who use it. Simon is proud that his business is doing its part towards making the country more sustainable and hopes that other businesses will become inspired to follow suit.

"The ebike brings a novelty factor, is eye-catching and a great marketing opportunity. Our staff arrive at work refreshed and with a smile on their faces." Simon Backler Director, Mid Sussex Electrical Ltd

To find out more about ecargo bikes, visit our advice page, or drop us an email via the button below.