Innovations in the war on plastic: making progress in 2021

From plastic shopping bags to water bottles and food packaging to discarding fishing nets, the overwhelming amount of plastic pollution is now one of the world’s most pressing environmental issues.

But progress is being made – and the response to an urgent global call to reduce plastic waste has been considerable.

In recent weeks, supermarkets Waitrose and Aldi have announced plans to add ocean-bound plastics – made from waste plastic collected within 30 miles of a coastline – to packaging across a range of food products. And Lego revealed a breakthrough that will allow it to produce its recognisable toy bricks from recycled plastic bottles.

The problem is nowhere near resolved yet but there are plenty of alternatives to single-use plastics, as well as other plastic-recycling breakthroughs that may make an impact. Here, we check up on some early innovations on the war on plastic that are progressing towards the mainstream.

The easiest way to minimise waste from picnicking and kids’ parties is surely to eat the tools you’ve just, er, eaten with. Made from millet, rice and wheat, the dining innovation from an Indian inventor offers exactly this, and a number of different flavours are on offer.

**2021 progress** This is an idea that has taken off significantly in recent years. There are now several companies offering edible alternatives to plastic knives, forks and spoons, which do very much what it says on the tin.

In what’s becoming a bit of a theme, a US agriculture research team has created a packaging material made of milk proteins, which as well as offering you the opportunity to stuff it in your mouth, it also is said to preserve food better than plastic. There are drawbacks though – it’ll be more expensive than plastic, plus involving cows – and their associated methane production – in packaging may not be a more sustainable option. Watch this space.

**2021 progress** The concept of using milk protein alternatives to plastic has been moved forward thanks to the work a French SME called Lactips. Its focus has been creating a renewable, biodegradable packaging option that is non-toxic when dissolved in water. Less focused on the eating of packaging, admittedly, but highly useful in the world of dishwasher tablets. Around a quarter of bioplastic’s production capacity is now in Europe, so it’s certainly moving towards mainstream adoption. 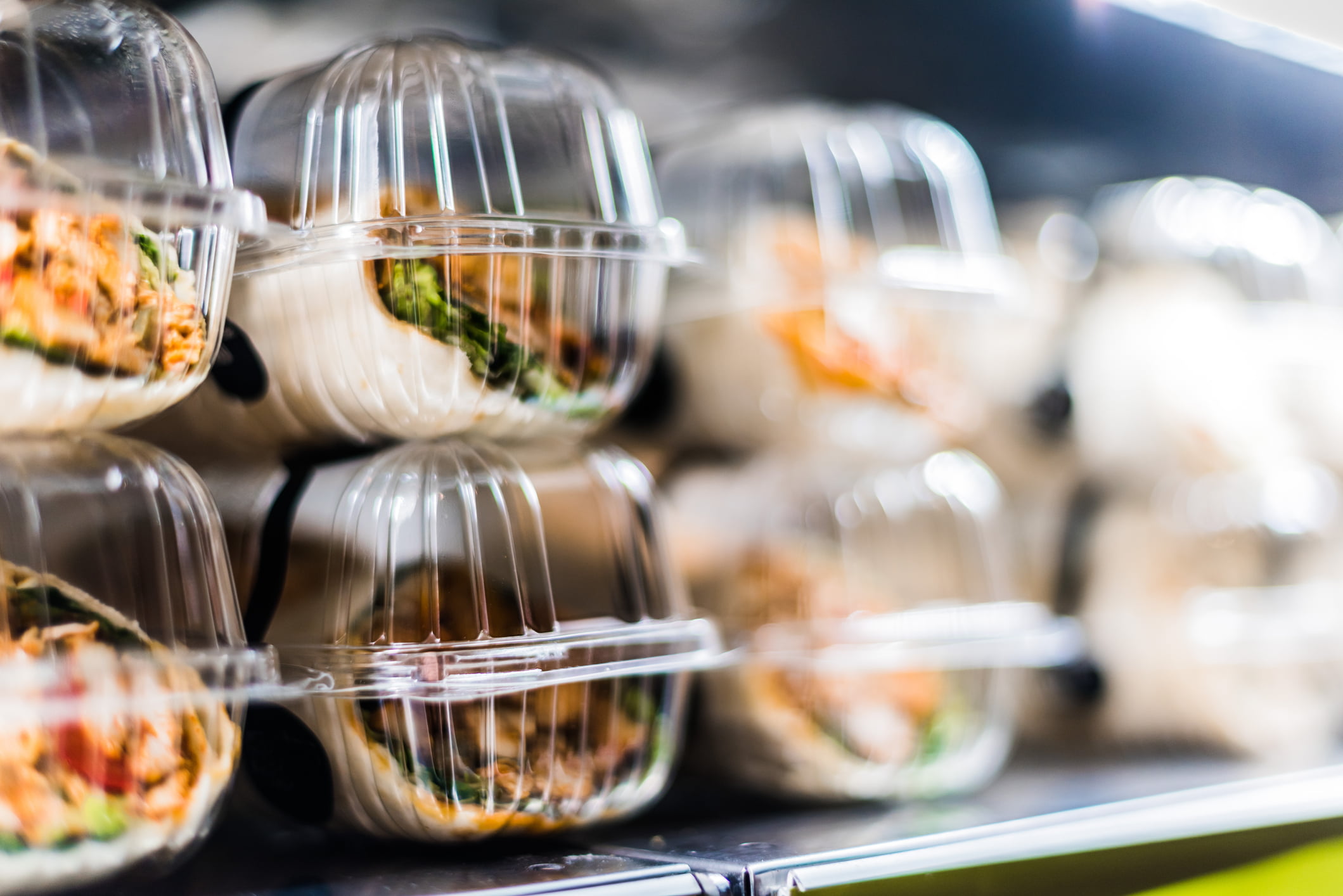 Still on the subject of eating, a group of fungi have been found to gorge on plastic. One type of mushroom can exist on an all-plastic diet, in fact. Is this the solution to plastic waste, and potential problems from a contaminated food chain? If it can be scaled up to a sufficient degree, there is huge potential here.

**2021 progress** At least 50 new types of plastic-biodegrading fungus have been discovered since 2017, but more investment is needed to scale up operations. But research clearly shows that these mushrooms can break down plastics in a matter of weeks, potentially producing a protein-rich food for animals or plants.

Bacteria get stuck in, too

In 2016, Japanese scientists discovered bacteria that breaks down plastic much quicker than methods currently on offer. It may take a few years before this innovation enters the waste recycling process, but again, it seems like nature might have the answer to human error.

**2021 progress** Scientists are becoming increasingly optimistic that microorganisms are going to play an active role in breaking down our plastics. Last year, researchers created a super-enzyme that degrades plastic bottles six times faster than before – and it could be used for recycling within a couple of years. 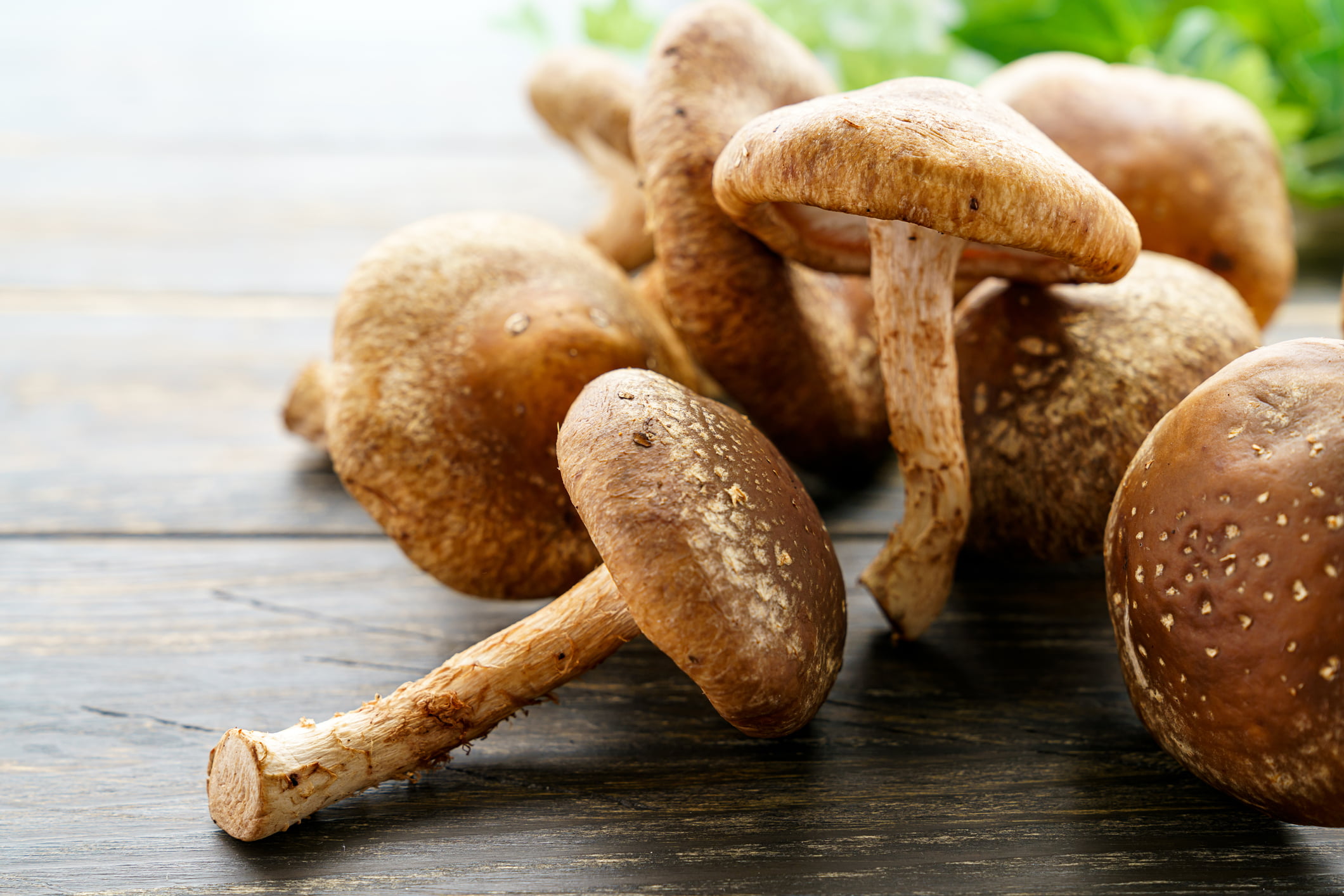 A social enterprise called Conceptos Plasticos has come up with a way of creating stackable bricks from waste plastic and rubber, to create quickly-built, durable and – most importantly – extremely affordable housing for those who need it most.

**2021 progress** This idea has spread its wings well beyond its origins in Colombia. In 2019, Conceptos Plasticos partnered with UNICEF on a project in Abidjan, Ivory Coast. It took the plastic collected by women in the city, paying them a higher rate than they would normally receive, and used it to create the bricks to build homes and schools.

We first reported on the novel idea of using non-recyclable plastic to create roads on housing developments. Scotland led the way in the UK, Bristol has followed (albeit using the same Scottish innovator, MacRebur), and there seems to be a general clamour for a lot more waste plastic in road building. Whether its plastic bags or bottles going into the surface, this seems to be a highly practical way of contributing to a growing ‘circular economy’.

**2021 progress** Scottish company MacRebur has now seemingly solved two world problems: namely to help end the waste plastic problem and to enhance the asphalt used to make roads around the world. The company announced plans to expand into the US at the end of 2020, and is finalising a factory location in Florida. 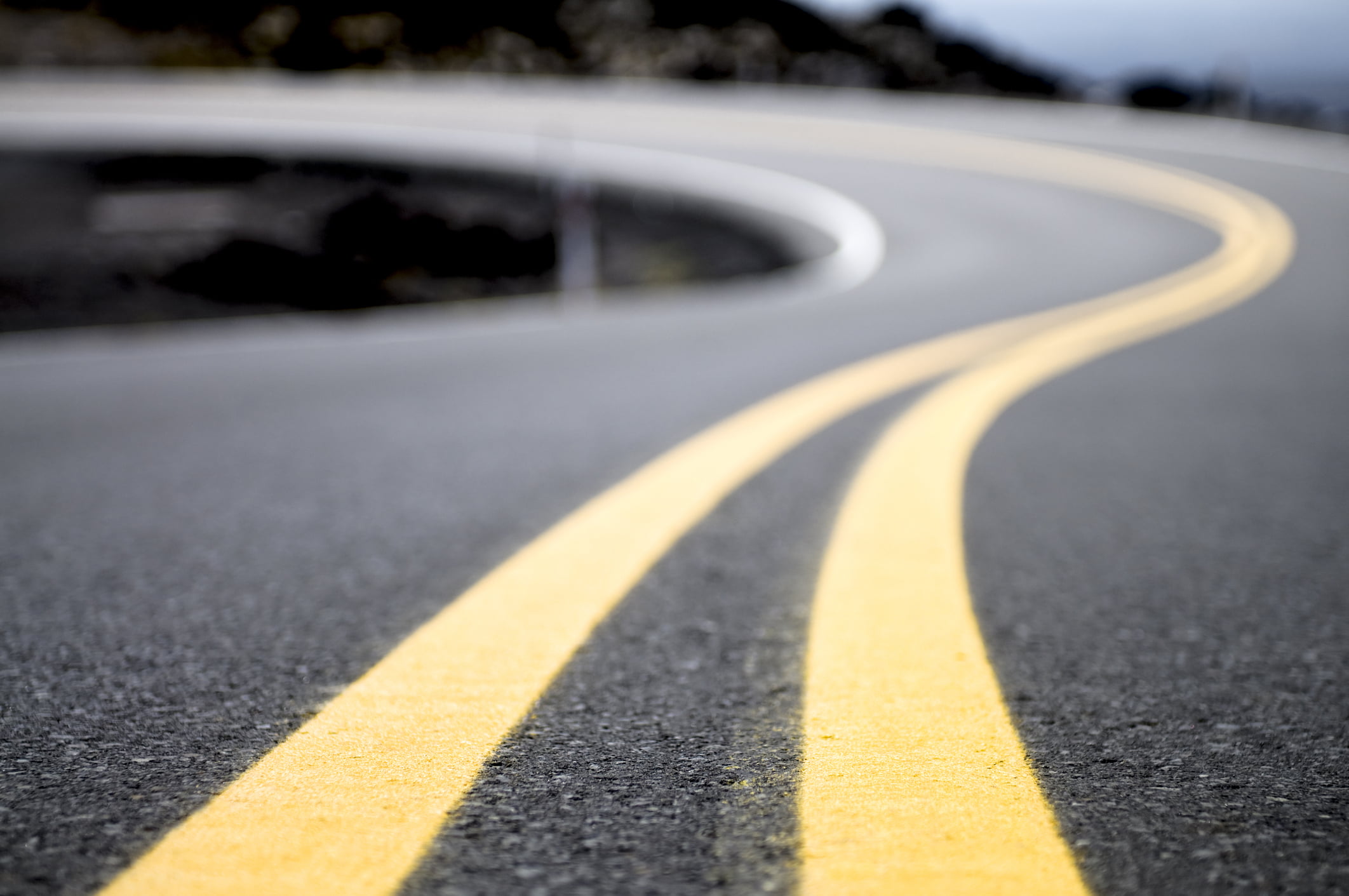 Plastic bottles and air conditioning systems don’t seem the most natural connection, but a very simple invention, using just bottles and a perforated board, may prove to the answer to lowering the temperature of scores of households off the electricity grid. The Eco Cooler concept, developed in Bangladesh, creates a natural cooling effect by warm air entering the large opening of the bottle and leaving through the thinner neck.

**2021 progress** This being such a simple concept, not a lot has changed in the last few years. It’s still a good idea which could be adapted pretty much anywhere there are plastic bottles and something to mount them in.

One way to stop plastic harming ecosystems is to stop it getting there at the first possible opportunity. Synthetic clothing materials shed lots of plastic microfibres when washed, and they often end up in waterways. However, an innovative microfibre catcher, modelled on sea anemones, has been invented to catch the rogue plastic in your machine. From there, it goes back to the manufacturer where it’s dealt with.

**2021 progress** Public interest can certainly be considered piqued by this one. A Kickstarter set up to get the Cora Ball product to market raised over $350,000, well above its target. The laundry ball is now available to purchase online. 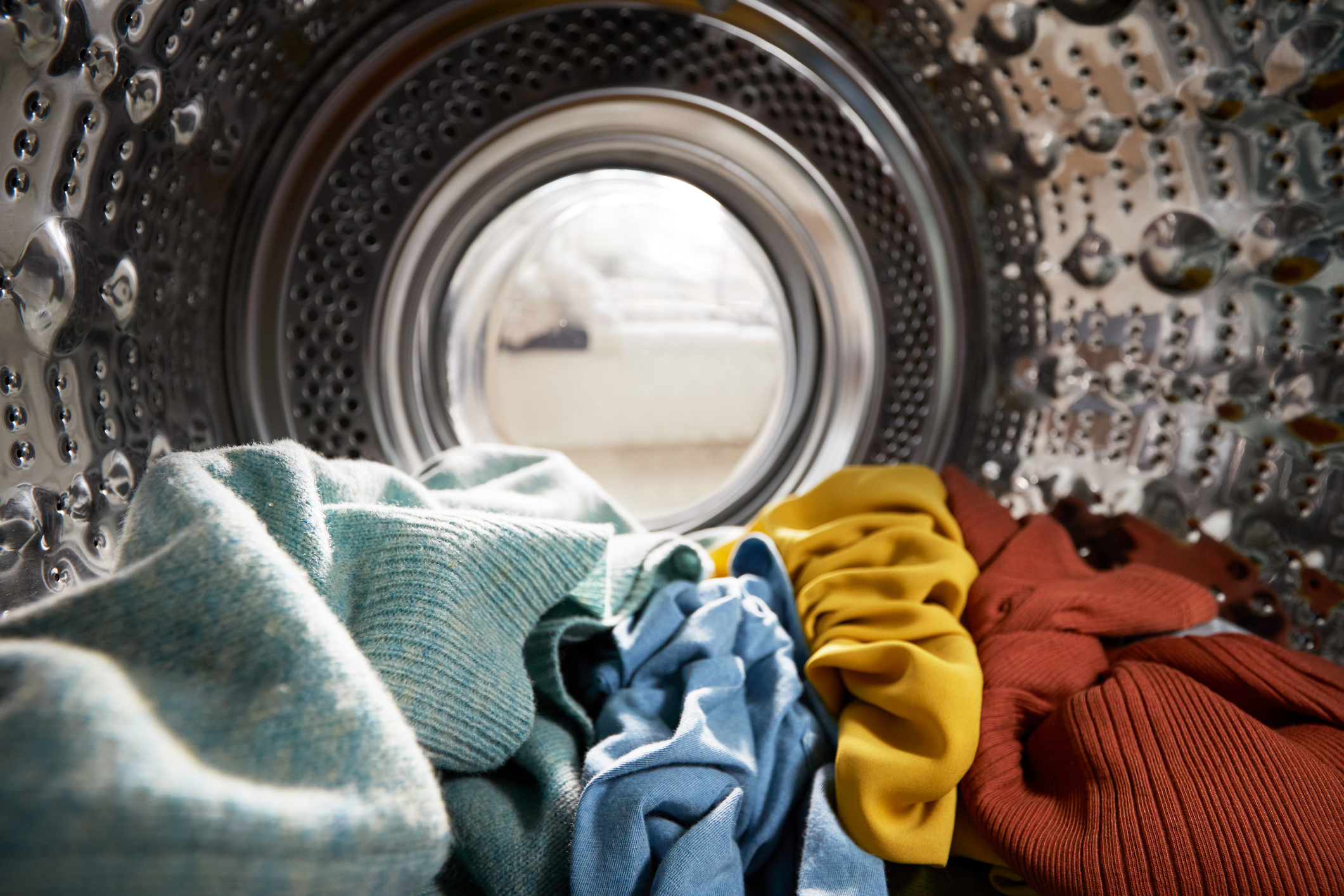 The main problem with 3D printing is it uses a lot of plastic. But it also poses a potential use for waste plastic, and Greek project The New Raw is among a wave of innovators making plastic bottles, cups and more into useful printing filament. More than that, though, it is raising awareness of plastic recycling on the island of Syros with initiatives like creating pet houses for stray cats and stools which compress waste plastic.

**2021 progress** Given the profile of the fight against plastic waste, very few innovative projects stagnate, and this one is no different. In 2019, the New Raw opened a Zero Waste Lab in Thessaloniki, where the public were invited to bring in their household waste plastic and use it to transform public space by creating their own street furniture. They’ve recently opened a new BlueCycle Lab, working with marine plastic waste.

Five sustainable innovations to watch in 2021

From microwave-powered boilers to bladeless wind turbines, the sustainability sector is a hub for innovative products.

Reduce, repair, recycle: how to stem the rising tide of e-waste

The electronics industry thrives on the thrill of the new. But electronic waste from throwaway gadgets is a huge international issue.