Supermarkets are everywhere – not just in the UK, but internationally. Given we’re talking huge buildings, complex logistics involving millions of products, millions of tonnes of packaging plus lots of electricity use on site, there is little doubt that changes at the biggest stores could have a notable impact in reducing greenhouse gas emissions and waste. 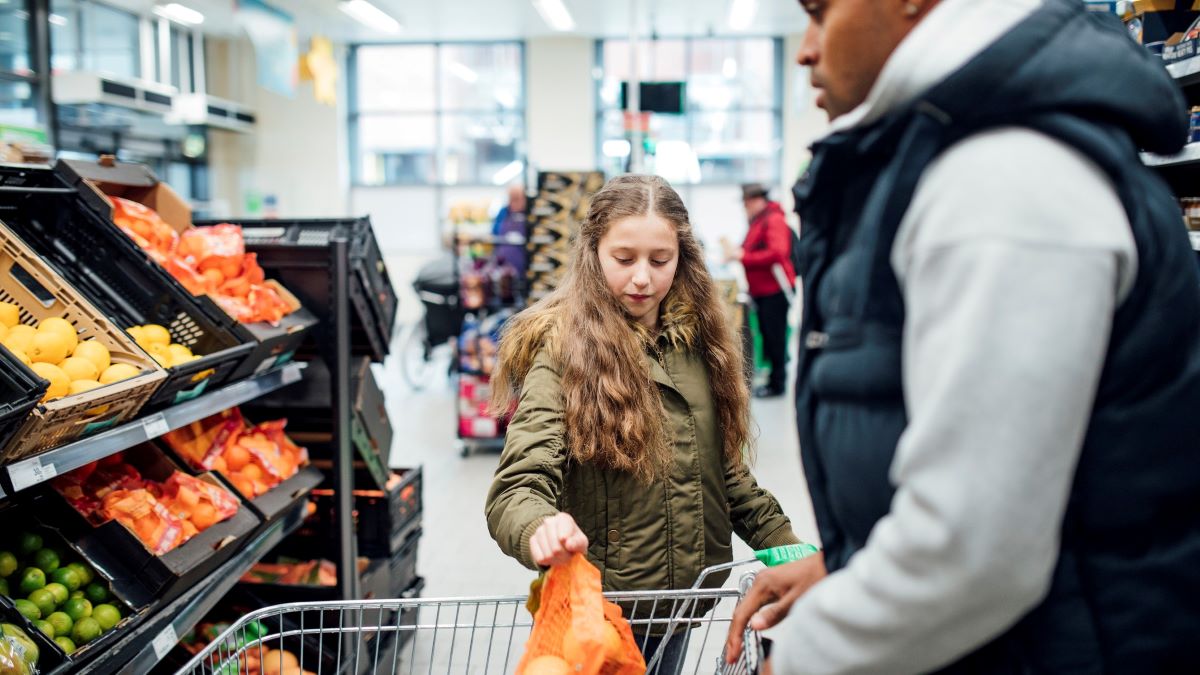 Food retailers as a whole account for 3% of UK electricity consumption, with 30-60% of that coming from refrigeration. This has led campaigners to call for refrigerators with doors to be the standard in supermarkets as a means of reducing this considerable drain on the grid. Additionally, it’s also worth noting that refrigerant leakage is associated with up to 20% of stores’ greenhouse gas emissions. and climate change contributor.

Energy efficiency is really only a small part of a much bigger supermarket sustainability picture – and point of sale is just a small part of the food supply chain from field to fork. There are energy demand reduction and other opportunities for greener practises to be found throughout, from agriculture to processing, transport and waste disposal.

There’s no doubt, however, that supermarkets are making moves to improve their contribution to reducing emissions and waste. From bold plastic reduction and recycling targets to moves to reduce food waste and the introduction of electric vehicles to delivery fleets, action is evident. For a couple of specific recent examples, Aldi has been hailed for its greener refrigeration technologies and practices, while Sainsbury’s has become the first to remove plastic bags for loose fruit, veg and bakery products.

But are the grocery giants going far enough? Not yet, it seems. Ethical Consumer magazine’s most recent ranking of UK supermarkets, which considers everything from environmental reporting and waste to bee health, only featured one major supermarket (Marks and Spencer) in its top ten, with Waitrose, Co-op, Iceland and Aldi following. Alternative food retailers showed the big guys how it’s done, dominating the lead positions.

A recent Which? supermarket survey found that shoppers do have ethical considerations as they peruse the aisles. 72% said that products without plastic or with easily-recyclable packaging was a key consideration, rated only slightly below nutritional content of food available. Yet only 27% thought that UK supermarkets’ current offerings in this respect were good or excellent, while further research from the consumer body has suggested that just over half of packaging is currently easily recycled. Serious room for improvement.

This year, all of the UK’s major supermarkets signed up to a pledge to halve food waste by 2030. But that’s nothing compared to recent developments in France, where supermarkets have been banned from throwing away or spoiling unsold food – agreements to donate these goods to charities now must be signed.

A key moment in the fight against plastic waste was the introduction of the supermarket plastic bag charge four years ago. In that time, use of these bags has declined by 90%, but edie analysis has shown that supermarket efforts to reduce use of plastic bags still varies considerably – while highlighting the fact that other countries have gone in for an all-out ban.  The net impact of using far fewer plastic bags has been questioned against the glut of plastic waste globally, but it is undeniable that it represents a highly visible mindset-shifting from both supermarket and customer.

A ‘green race’ between competitors?

Supermarkets are naturally keen to highlight their sustainability credentials. In its latest sustainability report, Sainsbury’s boasts 14% annual emissions reduction across its supply chain and acknowledges the challenge of producing more food while mitigating environmental impact, while Tesco has its own targets and has highlighted its development of the UK’s largest retail electric vehicle charging network. Meanwhile, Lidl focuses its ethical updating on plastic and soy, pledging to move towards ‘circularity’ in its plastic use and to work with its own supply chain to ensure zero deforestation soy.

Supermarkets are a very prominent part of global food culture – but while their shiny aisles may be easy to point fingers at, we need a more fundamental re-think of how we produce and supply our food to realise emissions and waste reduction targets in this sector.