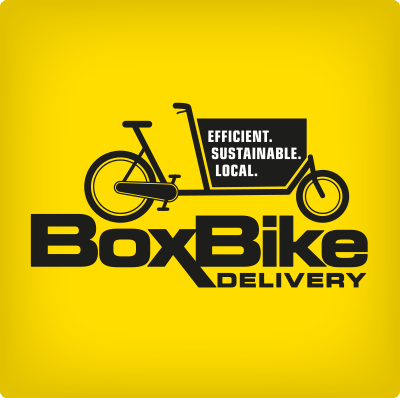 Founded in 2014, Box Bike Delivery is a Stevenage-based logistics company that specialises in sustainable last mile delivery. It operates a fleet of five ecargo bikes and an ecargo trailer, delivering parcels for a national carrier, medicines for a local pharmacy, deliveries for a range of local businesses and postal collections from offices and schools. 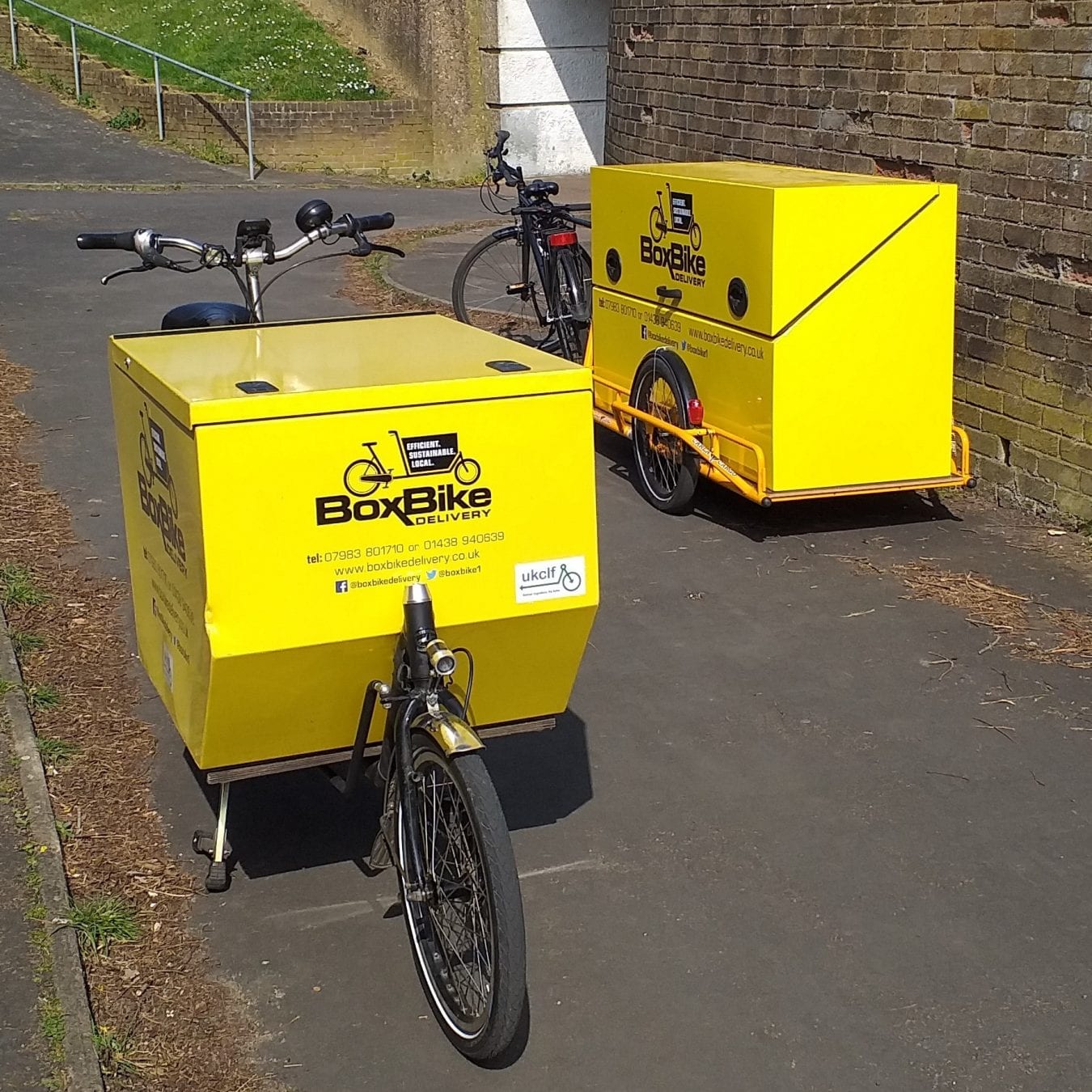 Although it only operated cargo bikes in its early days, Box Bike Delivery had already made the switch to ecargo bikes before applying for the eCargo Bike Grant Fund. The decision to go electric was motivated by the need to increase capacity to meet the higher demand for its services. Upgrading to ecargo bikes allowed riders to travel 75% further than before and operate fully loaded with greater ease.

After successfully applying for the scheme and receiving £1,700 in funding, Box Bike Delivery purchased a Bakfiets CargoBike Classic and its first Cargo Power Trailer.

Since receiving the grant, Box Bike Delivery has managed to increase the number of deliveries it can make each day. Primarily, it has achieved this through the use of the ecargo trailer, which can transport up to 150kg. Once the ecargo trailer was fully integrated into regular service in 2020, it proved vital during the peak Christmas season. Since then, Box Bike Delivery has been able to exceed its previous daily delivery capacity by about 40%. 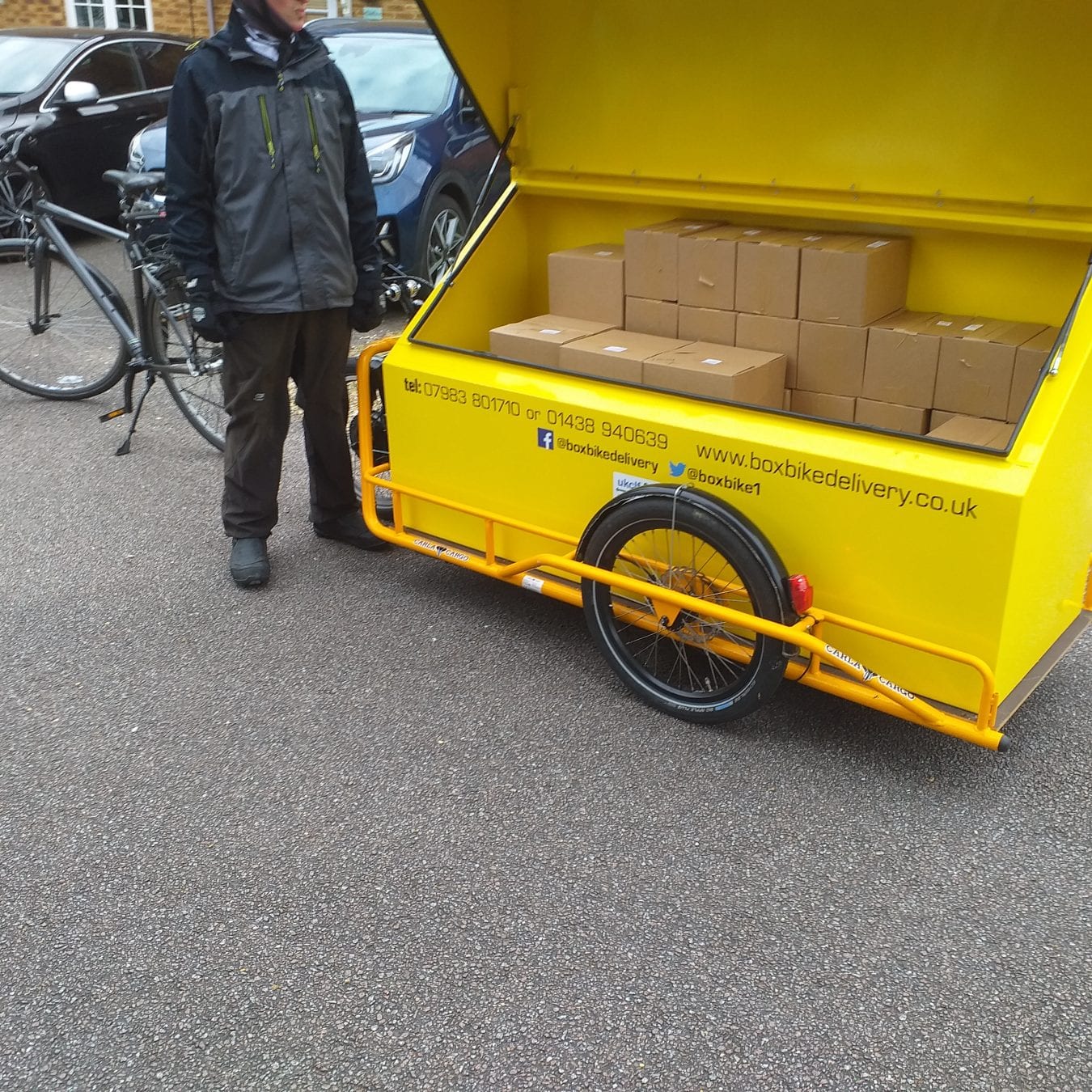 The company has also reported that the use of ecargo bikes has contributed to a healthier, happier workforce. Over the last few years, there was an overall reduction in sickness absence levels and zero staff turnover. In 2020, the sickness absence rate was lower than the UK’s 2019 median absence rate of 2.7%. Employees find ecargo bikes enjoyable to ride, with the physical activity proving beneficial to their health and mental wellbeing.

Over the course of 2020, the ecargo bikes have managed to average 50-60 miles travelled for every kilowatt hour (kWh) of electricity used. Box Bike Delivery has estimated that, if the total mileage travelled by its ecargo bikes had been made by diesel or petrol vehicles, annual emissions would have been in the region of 4-8 tonnes of carbon dioxide.

Box Bike Delivery has no facilities to charge the ecargo bikes overnight on its premises. The riders charge the batteries at home and are reimbursed each month accordingly. The cost of fully charging a battery, depending on the vehicle, is estimated to be between 10-30 pence per charge.

“Without Energy Saving Trust’s eCargo Bike Grant Fund, we would have simply not had enough bikes for the work that has come our way recently. We will be using the ebike and ecargo trailer we were able to purchase throughout the year!”