Brighton & Hove City Council leased 13 ecargo bikes to support local businesses in changing the way they deliver goods and services across the city. This is to help contribute to the goal of carbon neutral by 2030.

Brighton Gin company is a premium British crafted gin, handmade in a Brighton distillery by the sea. They have completed zero emission bike deliveries in the past, however, have always struggled up the hills of Brighton when using regular push-bicycles. Most city centre deliveries were completed by van, so why did they choose to start using an ecargo bike? They were taking on new inner-city customers and needed a more efficient form of delivery.

The challenges of using a van for their everyday transport operations included:

Brighton Gin received impartial advice as part of the Brighton ecargo bike accelerator project, funded by the Department for Transport (DfT) and assisted by the Energy Saving Trust. They decided on the URBAN ARROW Cargo XL with the additional FLEXIMODAL Bicylift trailer. The benefits of this model included: 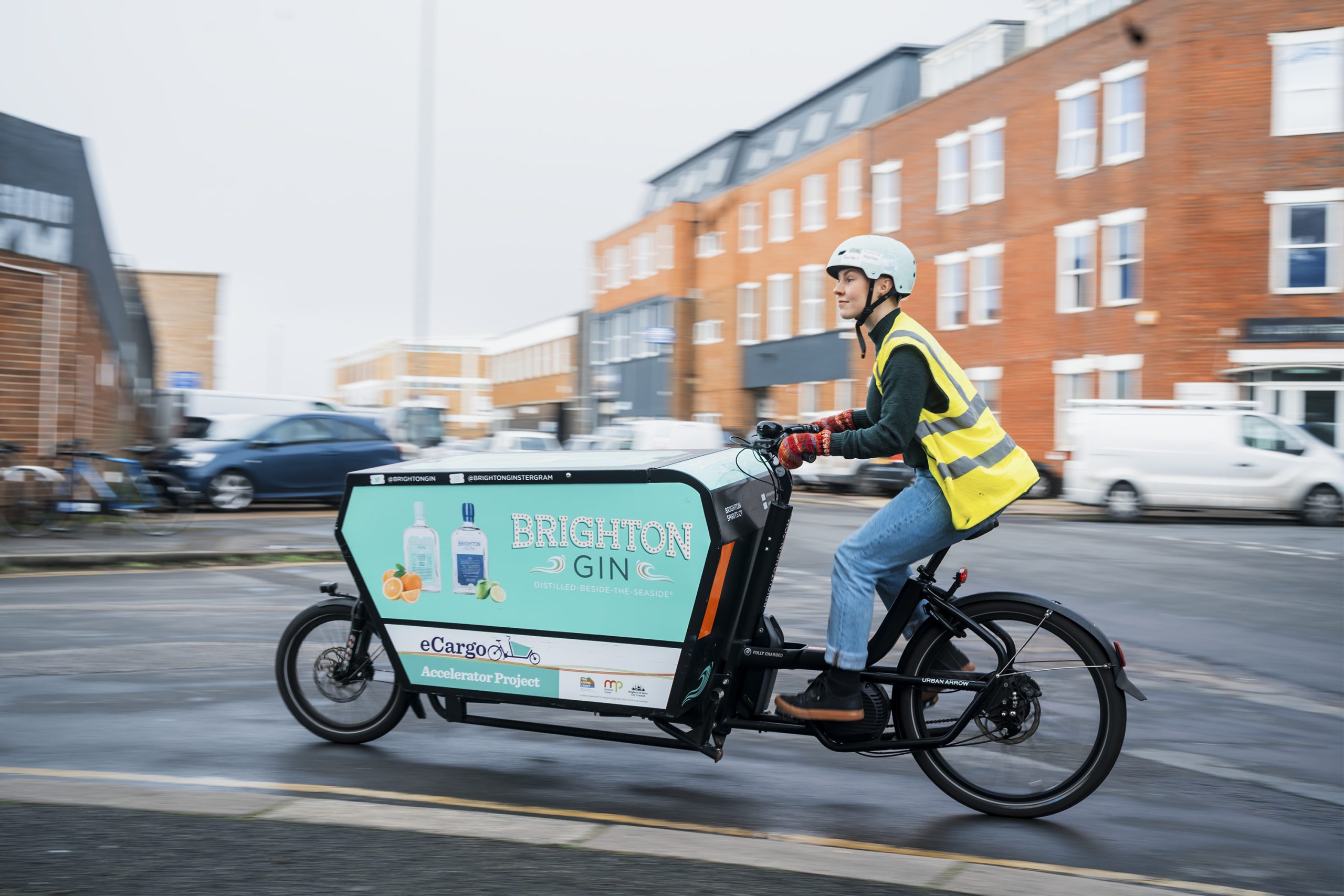 In the first three weeks of operations, the ecargo bike covered an impressive 150 miles. Making the switch to ecargo bike deliveries has offered:

Brighton Gin says, “Our ecargo bike has already replaced the vast majority of Brighton Gin van trips around town.” As a result, the bikes have allowed non-drivers to participate in deliveries which have accounted for better workload sharing. Rider confidence has been boosted through free ecargo bike training, delivered by Brighton & Hove City Council.

After just over a year of Brighton Gin using the ecargo bikes for regular delivery services, it has clocked up 2000 miles, which is a great milestone for the use of ecargo bikes.

To support green last mile deliveries, eCargo Bike Grant funding covers up to 20% of the total cost of an ecargo bike,…