Using electric vans for tea delivery service in the Midlands and North of England.
All Case studies

Ringtons is a family-owned business that specialises in door-to-door delivery of tea, coffee and confectionery. The company was founded by Samuel Smith OBE in 1907 and has been trading in Newcastle upon Tyne ever since.

To this day, Ringtons is still owned and run by the fourth generation of the Smith family. Its delivery fleet consists of 240 Volkswagen Caddy vans, operating from 18 purpose-built sales offices, which (together) cover many major towns and cities throughout the UK. 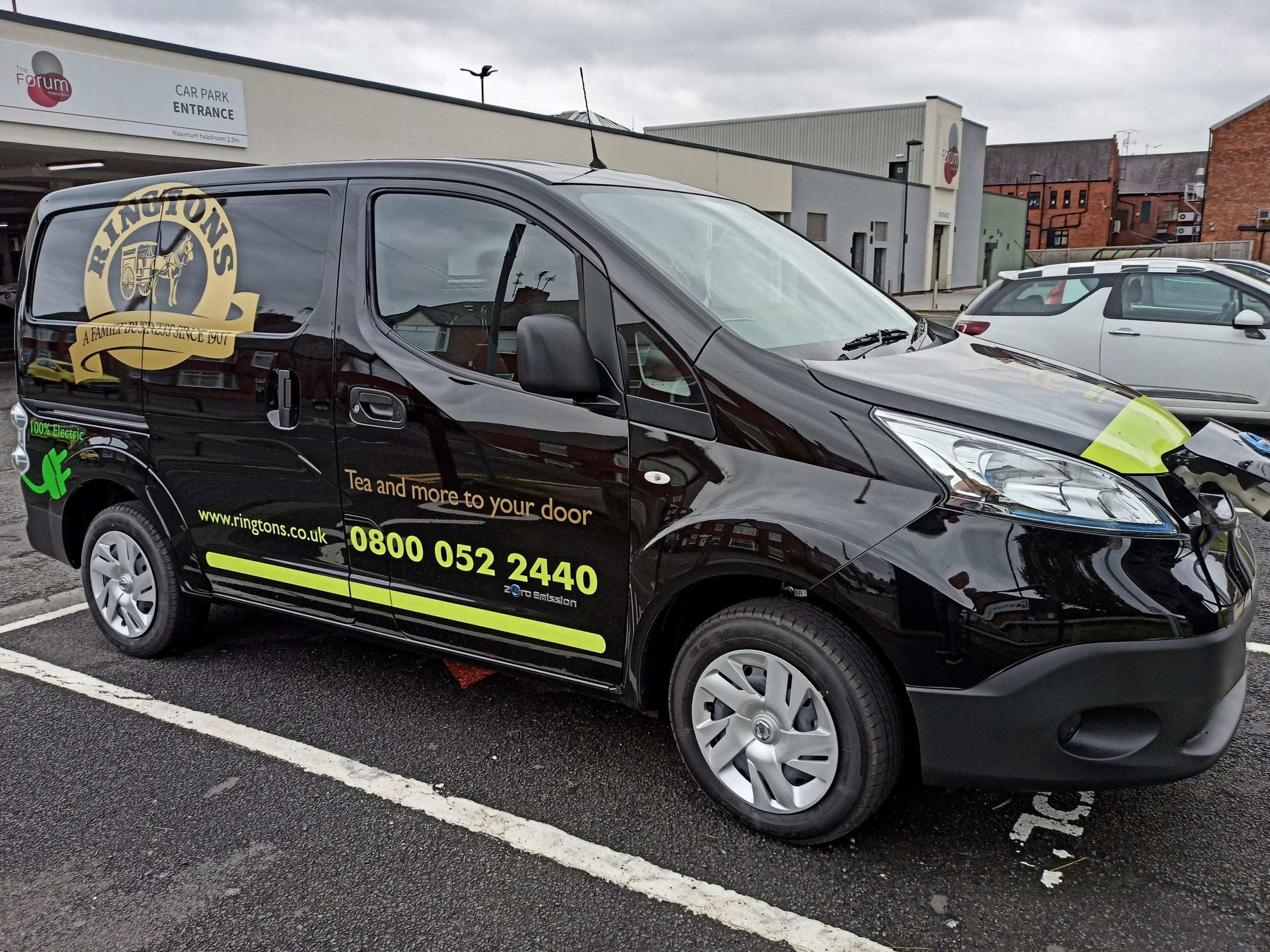 Stephen Killinger, Ringtons’ operations manager, has been working with Energy Saving Trust’s fleet support team for seven years and wanted to understand what impact his vehicles were having on the environment.

Recommendations from Energy Saving Trust’s fleet reviews provided Stephen with pragmatic and impartial advice, and they have even enabled the company to plan sustainable future strategies.

The vans have been in daily operation for six months without any issues. Ringtons’ drivers have found the vans enjoyable to drive and many customers have been delighted to see the new vans appearing outside their homes.

As of October 2020, the average range of both vans, including full load and driver, is 136 miles per day on a single charge, while a total of more than 3,000 miles have been driven.

Over the coming years, Ringtons’ goal is to have a fully electric fleet by replacing more of their diesel vans with electric vans.

“The response from customers has been brilliant! I can’t count the number of times I’ve been stopped in the street to chat about the van. It’s been an exciting step for the company but it’s also a dream van to drive”. Jonny Lowe Salesperson at Ringtons