TfGM first installed publicly owned chargepoints in 2013, with funding from the UK Government’s Plugged in Places programme. As the EV market has grown, there has been an increase in driver demand for rapid chargepoints and a need to update the network.

TfGM procured a new delivery partner to manage, operate, and update the 119 publicly owned network of chargepoints across Greater Manchester.

Previously, the network, now known as Be.EV, offered free charging for a small membership fee, with the costs being covered by TfGM. Alongside the upgrade to the network, TfGM moved to a ‘pay as you charge model’ in October 2021 to provide a more stable income to support ongoing operation and maintenance. 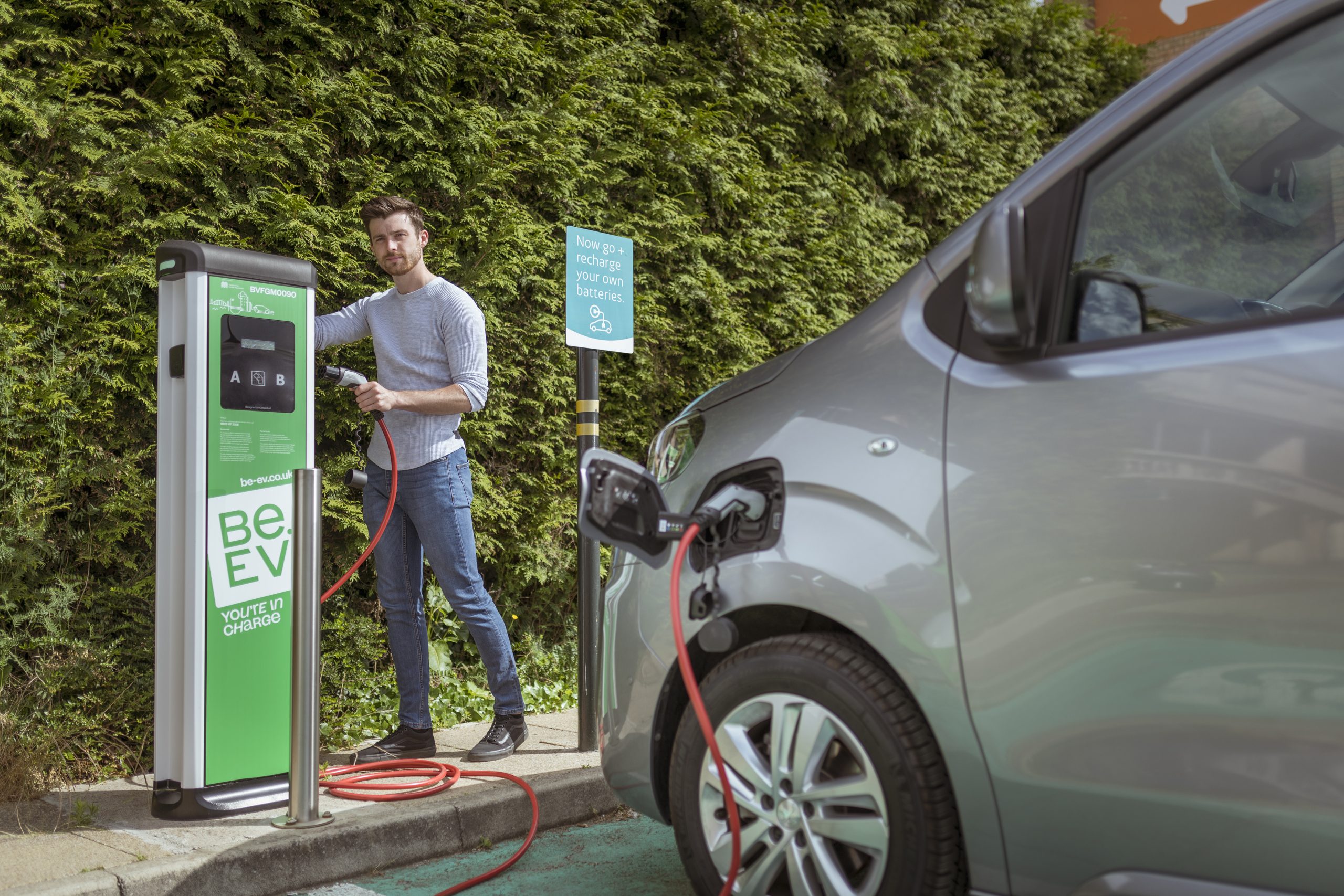 To enable the renewal and expansion of the network, TfGM established a formal working group of senior air quality officers from each local authority to oversee site selection and strategic decisions.

This made sure sites were fairly distributes and selected with technical, commercial and customer perspectives in mind. Working collaboratively has helped overcome the constraints of limited officer time and expertise across the local authorities.

TfGM had to be flexible with chargepoint locations and viewed this as a collaborative effort, working in partnership with their delivery partners, district councils and, in some locations, third-party landowners.

TfGM recently drafted an EV Charging Infrastructure Strategy. This provides a clear vision and objectives, as well as strategic principles to inform the rollout of the chargepoints across Greater Manchester.

The aim for Greater Manchester is to have a recognisable and consistent charging network throughout the city region. In turn, it is hoped this will encourage and accelerate the transition to EVs among consumers, as well as the public and private sectors.

The network continues to expand at pace. TfGM has secured £3 million of Clean Air Early Measures Intervention Funding. It has also been awarded £2.4 million in central government funding for taxi charging infrastructure from the Office for Zero Emission Vehicles (OZEV) to help Greater Manchester in meeting its goals.

More sites are being investigated, including installations on private land. An ambitious Interreg North-West Europe funded project will also see the creation of ‘e-hubs’ across the region with EV charging and electric car clubs.

TfGM are looking forward to seeing the impact of the updated Be.EV network on EV adoption amongst residents, businesses and consumers in the coming months.