Union of Genius, Scotland’s first soup café is based in Leith, Edinburgh. They maintain an ethical approach to cooking by combining the best local food ingredients, using local suppliers, recycling and helping those in need. In 2013, they started doing wholesale soup deliveries and quickly realised that while Leith is at sea level, most of the cafés they supply are uphill, in town – and that soup is heavy. 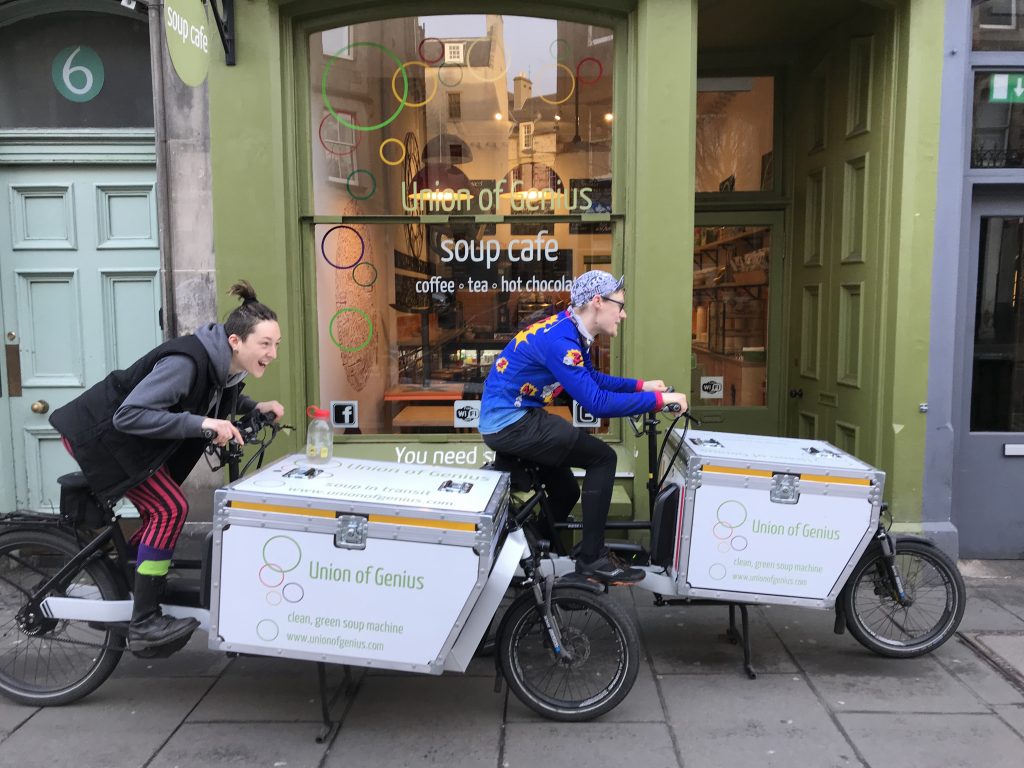 To support wholesale delivery they considered a diesel van, but decided to experiment with manual cargo bikes instead. Their first cargo bike was built for them by the People’s Utility Bike Project but Edinburgh’s roads and potholes took their toll and destroyed the bike within three years. They carried on by using electric bikes and trailers. In the longer term, they wanted sturdy cargo bikes with a double battery array and a powerful motor, plus a coolbox. They tested a few bikes throughout 2018 and found one that met their needs perfectly.

They applied for the ebike business loan and bought 2 Riese and Muller Packsters (a Packster 60 and a Packster 80), which they’ve been riding since August 2018.

In total, the ecargo bikes shift around 1,000 litres of soup a week, which helps them to deliver to 35 cafés across Edinburgh, three times a week. That amount of soup requires between 500-600kg of vegetables to make.

“The ecargo bikes are faster than a van would be as they can filter through traffic and take advantage of bike paths.”