“Heat pumps are definitely worth going for!”
All Case studies

Funded by the UK Government Department for Business, Energy and Industrial Strategy , the Electrification of Heat Demonstration Project was designed to understand the technical and practical feasibility of a large-scale rollout of heat pumps. Find out more about the project.

Vanessa and Patryk were part of the project.

Vanessa and her husband Patryk are passionate about ‘doing the right thing’ for the environment. They are willing to make changes to their lifestyle to help protect the planet, for example by making sure that their electricity comes from renewable energy sources.

Being concerned about the climate crisis was the primary reason for them to install a heat pump and join the UK Government funded Electrification of Heat Demonstration Project, which is trialling heat pumps. In addition, Vanessa and Patryk knew that their old combi gas boiler was not working very well. They had previously fitted the property with a wood burning stove as a supporting low carbon heating system. Replacing their gas boiler with a heat pump felt like the right next step towards more sustainable living. 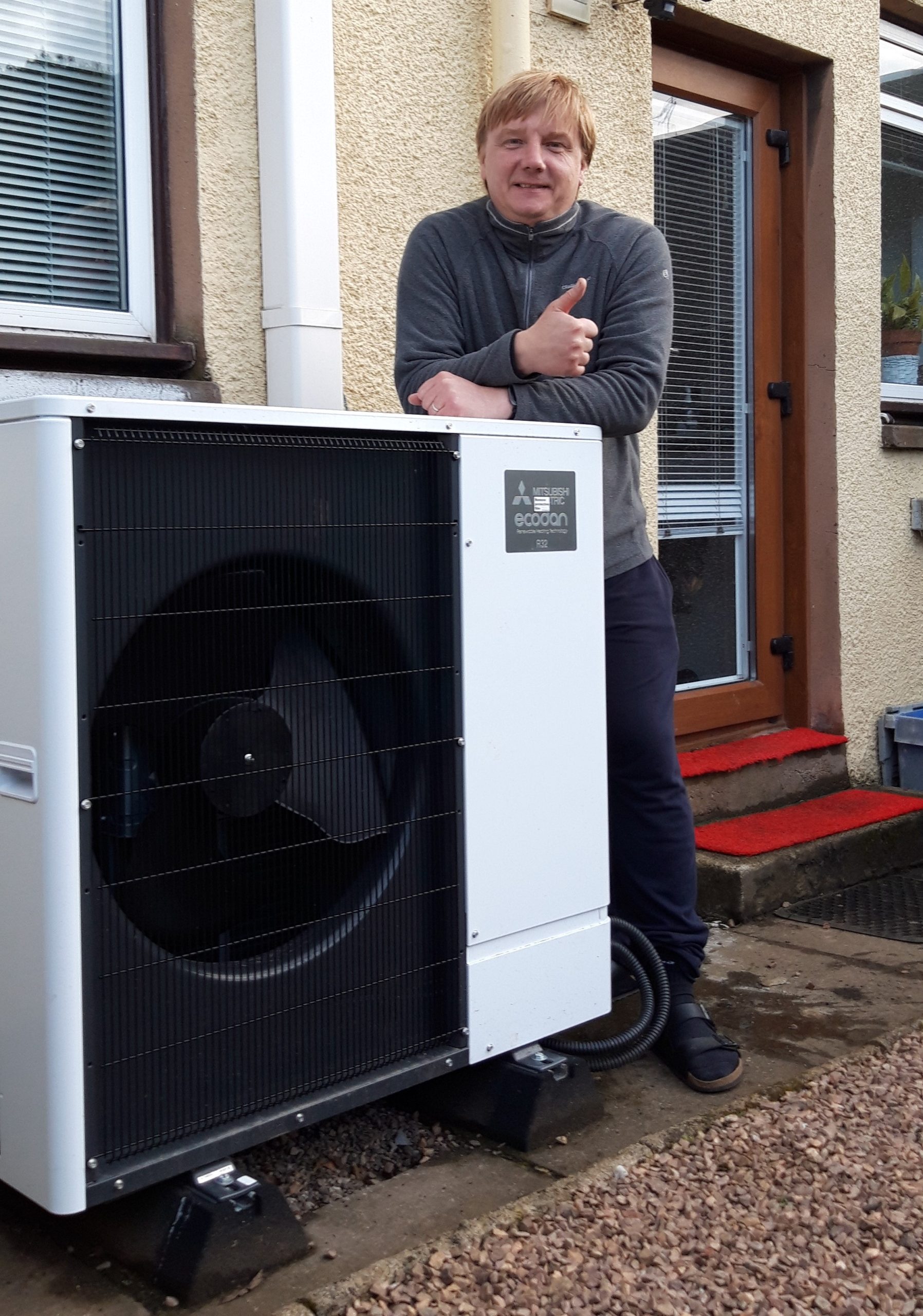 “Heat pumps are definitely worth going for,” says Vanessa. “Guilt free heat should be attractive to everyone.”

One unforeseen advantage is that Vanessa’s cat loves the new radiators! As they operate with low temperature central heating water, they are not burning hot and are also wider, so he loves sleeping on them. 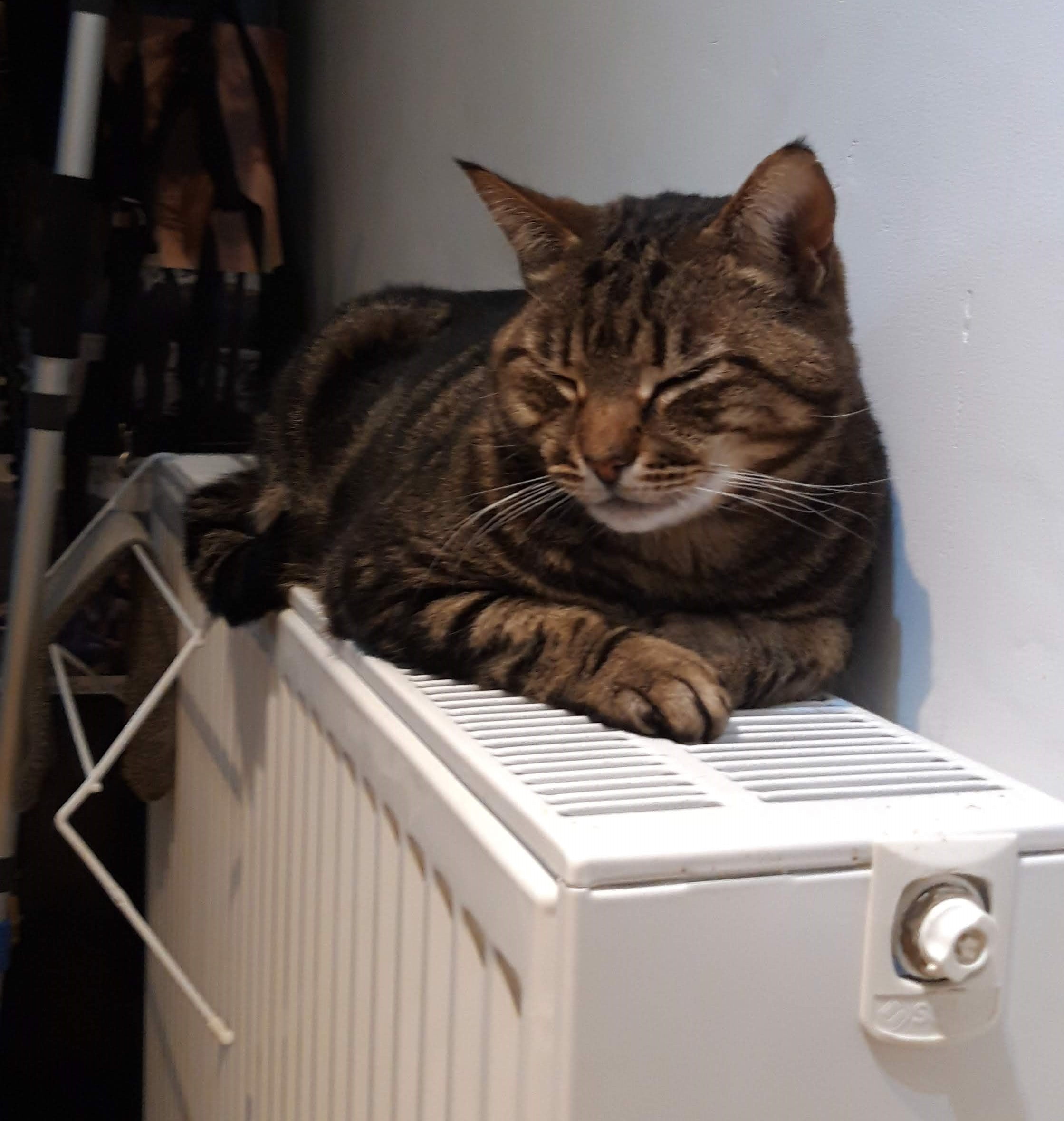 The installation was completed in two and a half days by a team of accredited installers involving plumbers and electricians.

As part of switching to a heat pump system, most of the radiators in Vanessa and Patryk’s house were changed for larger radiators. This is often a requirement when fitting heat pumps as they typically operate on lower temperatures compared with gas boilers. However, some of the rooms in the property were relatively small so the existing radiators were fine to meet the desired temperature.

The property had recently undergone refurbishment work so only parts of the pipework needed to be replaced during the heat pump system installation. Vanessa and Patryk’s house was also sufficiently insulated to allow the heat pump to perform efficiently, so no energy efficiency upgrades needed to be made to the property.

The couple felt that the installers did a fantastic job, highlighting that they were quick, dedicated, careful, friendly, nice and easy to communicate with.

Vanessa and Patryk chose to move out for the two and a half days it took to install the system as they were working from home at the time. Vanessa said that this was manageable for them, but it may not have been so easy if they had a young family.

The outdoor unit of the heat pump has not been noisy for Vanessa and Patryk. However, they have found the indoor unit to be noisier than expected. The installers are helping them to find a way to reduce the impact of this, such as insulating the cupboard where the unit is placed. The indoor unit of a heat pump typically makes the same level of noise as a gas boiler when running.

The heat pump’s performance has exceeded the couple’s expectations. Experts in the field who Vanessa knows had advised them that the heat pump would not heat up the house as quickly as a gas boiler, but Vanessa hardly notices any difference and thinks the new heat pump heats the house fast and efficiently:

Patryk originally also had some concerns regarding the warmth provided by the heat pump but he is now very impressed with how well it works. The couple find the heat pump so easy to manually control that they have not yet set up a timer to automatically turn the system on and off.

Having the outdoor unit placed in their garden is not an issue for Vanessa: “It looks cool, actually!” she says.

It is also slightly smaller than what she initially expected. Similarly, even though the new radiators are deeper and longer compared to the previous ones, they are still not as large as she thought they would be.

This case study is part of a series produced as part of a UK Government funded project through its Energy Innovation Programme, the Electrification of Heat Demonstration project. The project is trialling different types of heat pumps in up to 750 homes across the UK.

Heat pumps are suitable for many homes and may also reduce your energy bills, depending on the system you are replacing.

What is a heat pump and why are they important?

We’ve been getting a lot of questions about heat pumps, so decided to answer some of the most common queries in this…