Concerted Action Joint Workshop and the ride to Barcelona

At the end of January, several Energy Saving Trust staff members made the trip by train to Barcelona. Not for a holiday but to attend a landmark joint workshop between three Concerted Actions for EU energy directives. While the 2-hour flight from London to Barcelona may be the default option for most, we opted instead for the 12.5-hour train journey as a lower carbon option.

The Barcelona workshop coincided with the official withdrawal of the UK from the EU on 31 January – a fact that European Commission speakers acknowledged with sadness in the opening and closing presentations. It was also the first time in its history that three different groups: the Concerted Actions (CA) for the Energy Efficiency Directive (EED), Energy Performance of Buildings (EPBD) and Renewable Energy Sources (RES) came together to discuss how 2030 targets can be achieved through synergies between the three directives. 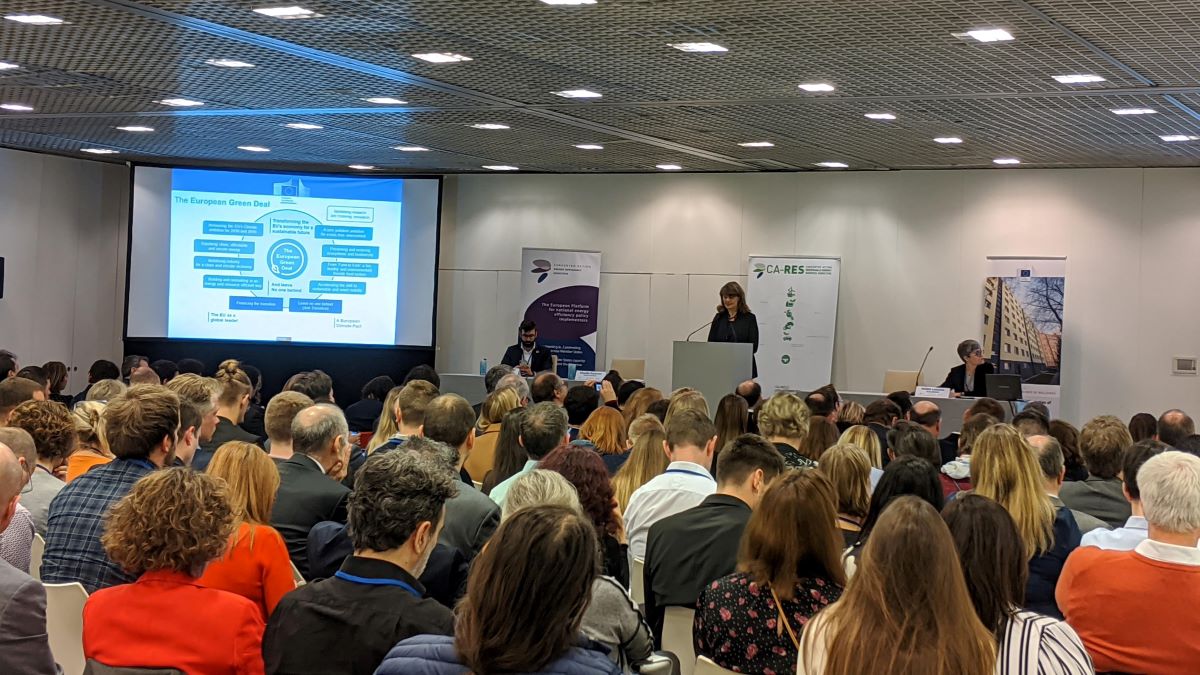 Usually, each CA organises two plenary meetings a year, potentially with other workshops or study visits, providing a structured framework for the exchange of information between the 27 Member States plus Norway and the UK during their implementation of the Directives. Member States can share knowledge and experience, and draw on that of others, in order to adopt the most successful approaches towards implementing the Directives and avoiding pitfalls highlighted by others.

Sessions at the Joint Workshop included the topics of zero energy communities, energy poverty, changing consumer behaviour, National Energy and Climate Plans, long term renovation strategies and smart buildings. Presentations were made by working groups and other speakers working in the areas of the three directives, as well as from different EU member states as case studies. Presentations from the Joint Workshop are available on the CA EED website, and a summary report will be available in the coming weeks.

Taking the train to Spain 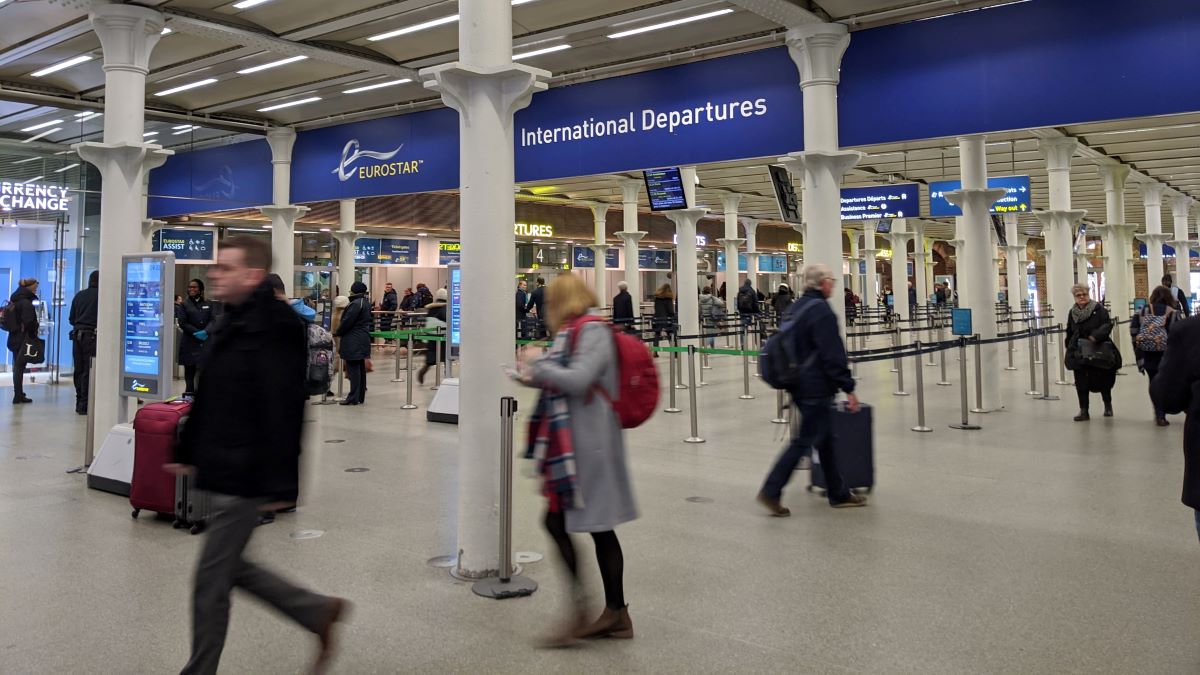 Our route started at London St. Pancras International, where you take the Eurostar to Paris. Arriving at Gare du Nord, you must change to Gare de Lyon for the next train. If you have plenty of time, you can spend an hour walking through Paris, but if not, the stations are an easy 10-minute metro apart. Boarding the SNCF train is simple – there are no security checks, simply scan your ticket at the barrier and board the train at least 2 minutes before departure.

Both the TGV and SCNF trains are double-deckers with large, comfortable chairs, small food bars, electrical sockets and some tables. It’s easy to do some work, watch movies on your device or read a book as you travel through the French countryside. There are a few stops along the way, but direct trains to Barcelona are available. 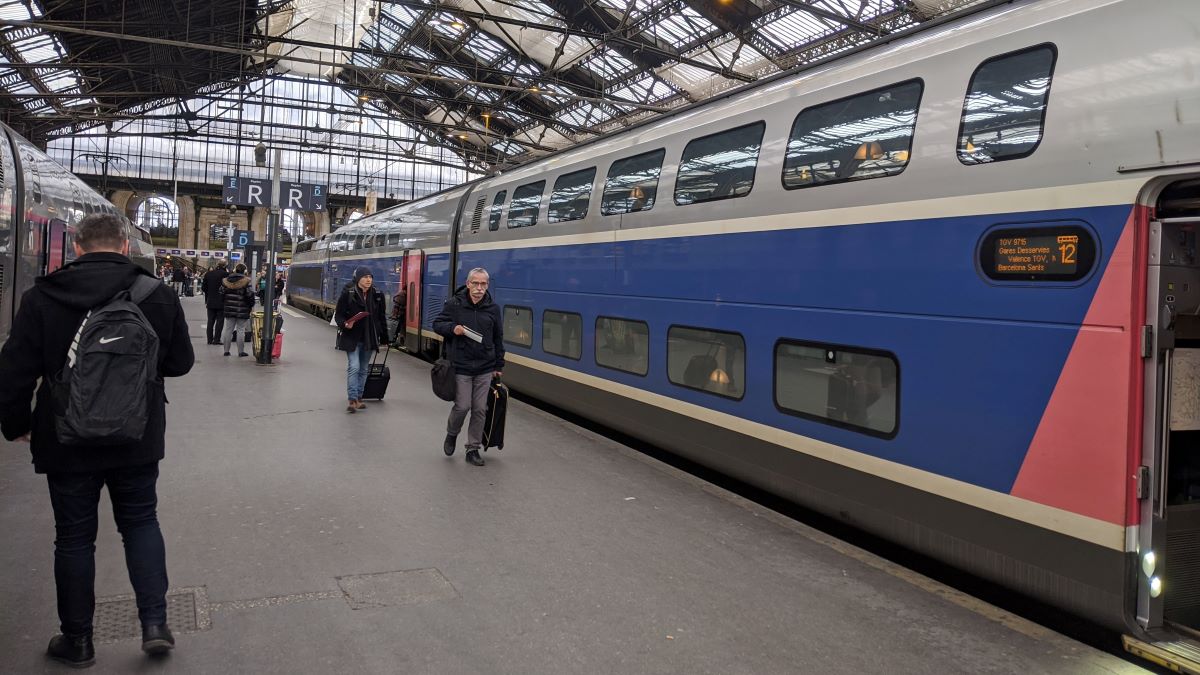 One staff member explained why they’d be happy to travel this way again. “While taking much longer, I find the experience far less stressful. You don’t have to be at the station hours early or worry about what you’re packing in your suitcase. The travel is more comfortable than on a plan – you can recline you chair and easily move around, as well as enjoying the view. I’m glad that EST supports low-carbon travel.”

The Barcelona event was hailed as a success by the three Concerted Action coordinators, as well as several high-ranking European Commission members who spoke at the closing session. Participants felt that the event was excellent opportunity for discussing synergies, and that a similar event should be held in future. Not only was the occasion historic for being the first joint event, but speakers also highlighted that while the UK was leaving the EU at the end of the week, they hoped that the nations will continue to work together. 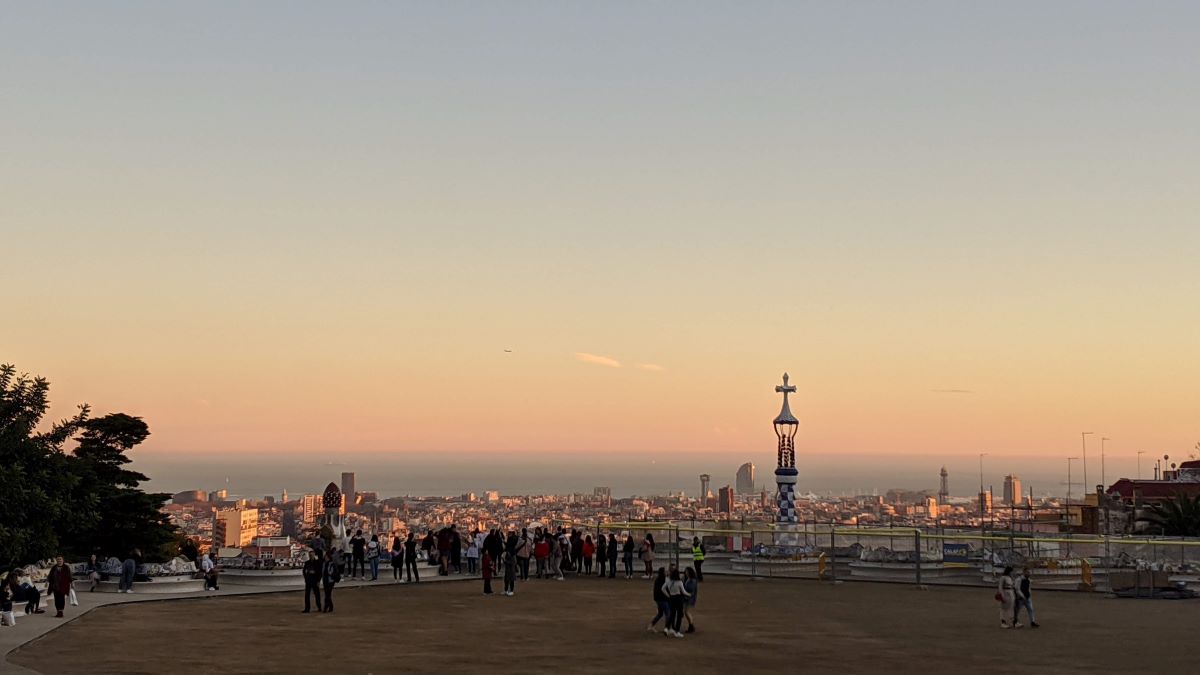