Homes across Wales should be donning their Welsh attire on Monday 1 March, with schoolchildren pulling on their miners’ caps, traditional Welsh bonnets or the more modern rugby and football jerseys of their present-day icons, and an array of Welsh treats shared between friends and family.

However, while nothing about the past year has been traditional, homes across Wales will still be celebrating the life of St David, patron saint of Wales – albeit at a safe distance – on 1 March 2021.

Little is known about St David, whose medieval lineage is rumoured to stretch back to King Arthur. David was declared Wales’ patron saint in the 12th century, and through his legacy, more than 50 churches in the country now bear his name. While we tuck into our Welsh cakes and crempog this St David’s Day, let’s also shine a light on Wales’ energy efficiency credentials.

From coal to renewable energy

Steeped in history, Wales is a country with strong industrial roots. The country’s last coal mine closed just 13 years ago in Hirwaun, Rhondda Cynon Taf, after being purchased in 1994 by more than 200 coal workers with their redundancy pay after the mine was initially closed. Since its closure, the country has set its sights firmly on becoming less reliant on fossil fuels, paving the way to a more renewable future.

Wales was the first UK nation to put in place the five pence charge for single-use plastic bags in 2011 and sits proudly atop the table of UK nations with a household recycling rate of 60% (England’s is currently around 44%). The impact of Covid-19 has seen a surge in recycling across the country, with online purchasing stepping in as the new normal for many. Over the Christmas period, Cardiff City Council handled more than 400 extra tonnes of recycling, an increase of 25% on the previous year, while Bridgend saw a further increase of 410 tonnes.

Renewable energy is also progressing in Wales, with the nation harnessing the power of the elements and pushing forward to secure a cleaner, greener future. Thanks to financial and business support from the Welsh Government Energy Service, community organisations such as Egni Co-op have been able to proceed with renewable installations at schools, community centres and, most notably, the Geraint Thomas National Velodrome of Wales. 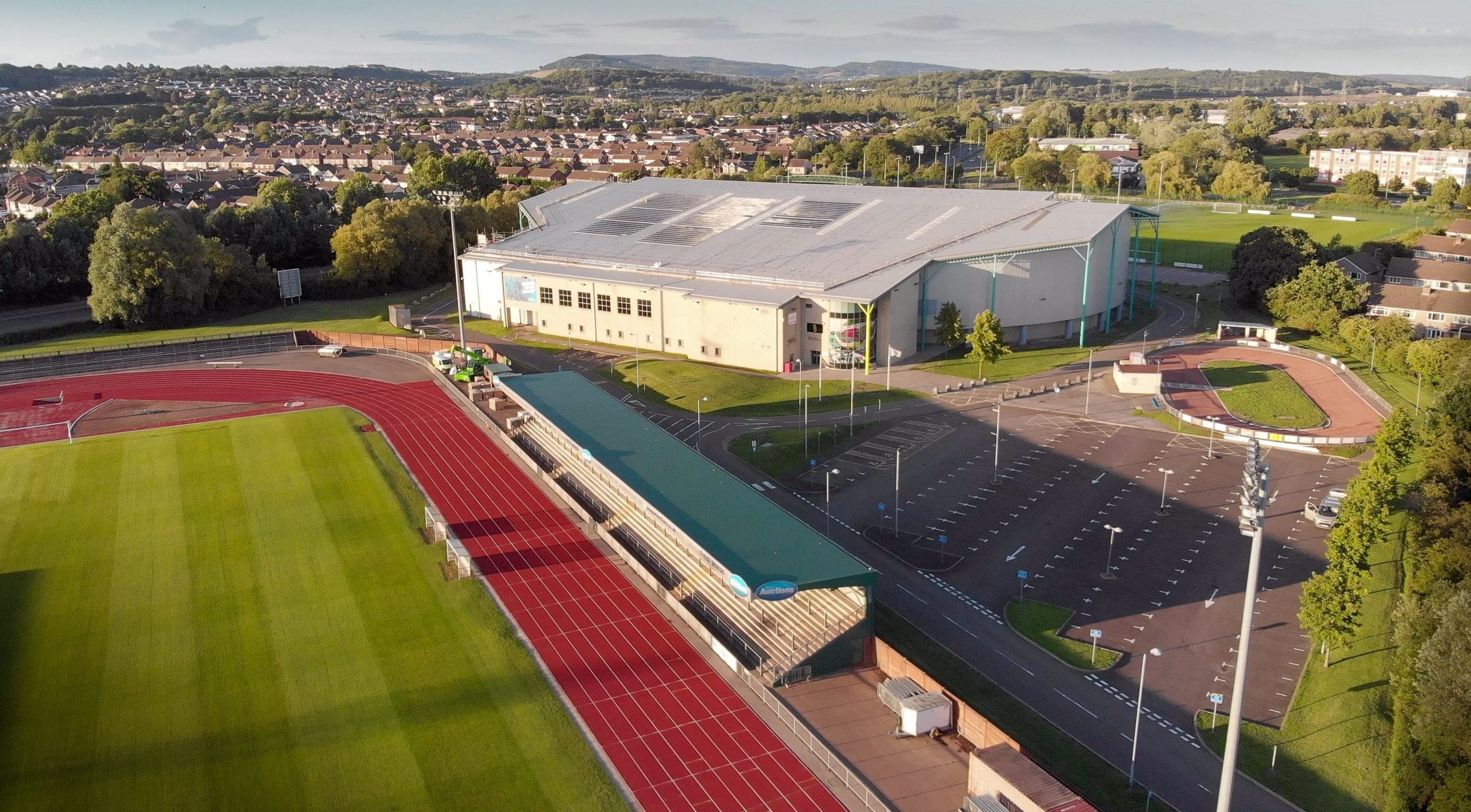 Welsh Government announced earlier this year its commitment to achieving net zero status by 2050, but will work to meet the target sooner as the nation prepares itself for COP26, taking place in Glasgow later this year. Following a report released by the independent Climate Change Committee (CCC), it’s believed that previously unachievable targets can now be reached, with a Wales-wide effort. The report highlights the need for all Welsh residents to play their part in reducing the nation’s carbon footprint, including the way we travel, shop, and heat our homes, to help bring us closer to that net zero target.

Commenting on the report’s release, Minister for Environment, Energy and Rural Affairs Lesley Griffiths said: “We were the first country in the world to declare a climate emergency, but now we will use the new science to make our long-held ambition of a Net Zero Wales, a reality. While we are a small country, we punch big when it comes to doing the right thing.

“Wales was one of the worst recyclers in the world before devolution, and now it’s one of the best. We were central to the industrial revolution as we supplied the world with coal from our hillsides, but now we look to a future of green energy and jobs. We also banned fracking as we knew the risks to our environment and the safety to the people of Wales were far too high. Most importantly, we are the first country in the world to have enshrined in law a Future Generations Act, ensuring that any decision the government makes today must be the right thing for our children and grandchildren, and their children too.”

At Energy Saving Trust we have also played our part, through our involvement in a number of new and successful Welsh programmes.

For 10 years, we have worked with Welsh Government to deliver the marketing, customer engagement and telephone advice service for Welsh Government’s Warm Homes Nest scheme. The Nest scheme provides funding for energy efficiency improvements to low income households and those living in deprived communities across Wales. Nest installs free boilers, central heating systems and insulation in qualifying households, helping them keep warm and reduce the cost of their energy bills. Last year, Nest provided free and impartial energy saving advice to more than 15,500 homes across Wales, with more than 4,500 homes receiving a home energy improvement package, with a modelled average energy bill saving of £282 per year. The Nest scheme also supported 28 new jobs and apprenticeships, with all installs being completed by Wales-based installers.

In partnership with the Carbon Trust, we also lead a consortium to deliver the Welsh Government Energy Service, a programme that supports community and public sector organisations in Wales to develop energy efficiency and renewable energy projects that will lower carbon emissions and provide cost savings, income generation and wider community benefits. In 2019/20, the Energy Service helped secure £56 million in lifetime energy bill savings for public sector organisations in Wales, with community energy groups also benefitting from more than £14.5 million in lifetime income. The Energy Service supports projects across Wales to improve and increase the renewable energy footprint that Wales is looking to instill. One such project is the Cwm Cadian Hydro, an 85kW in north Wales. Located just north of Pantperthog, the install is expected to power around 65 homes, with an estimated saving of 90 tonnes of carbon dioxide (CO2) per year. 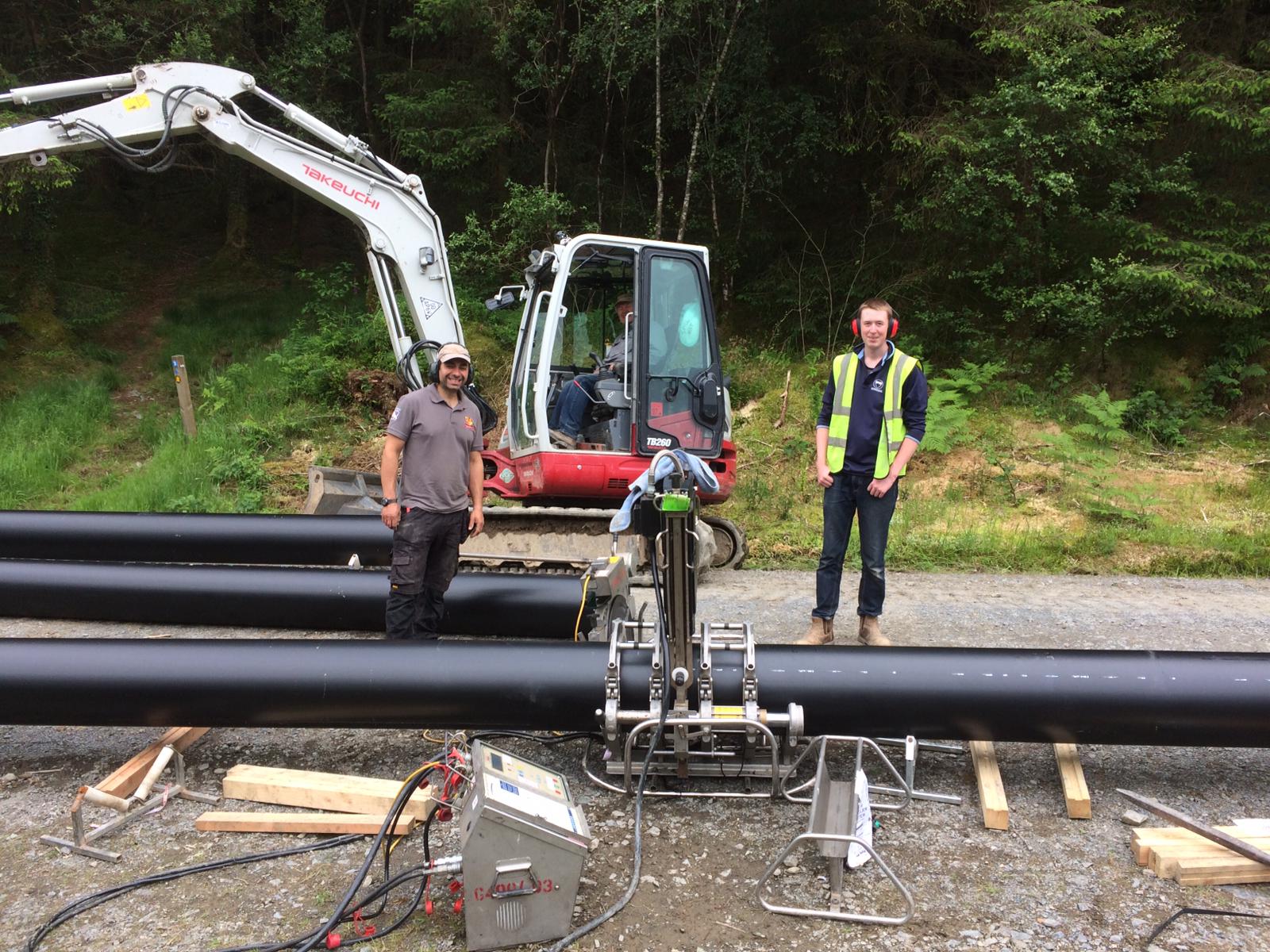 On a larger scale, the Energy Service worked closely with Newport City Council and Egni Co-op to install 6,000 solar panels across 21 council-owned buildings across Newport, supporting the Council’s target of becoming a carbon neutral organisation by 2030. The feature of this borough-wide install is the Geraint Thomas National Velodrome of Wales, which sits on the outskirts of the city centre. The Velodrome is now home to the largest rooftop solar project of its kind in Wales, with over 2,000 solar panels installed.

Energy Saving Trust also works in partnership with Western Power Distribution to manage the Welsh arm of their Power Up initiative. Power Up provides free and impartial energy efficiency advice to help customers across the Midlands, South West and South Wales have warmer, healthier homes and affordable energy bills. Thanks to the advice and support given by Power Up advisors, homes across south Wales have saved more than £220,000 in the last year.

St David will live long in the ballads sung and stories told throughout Welsh history, but it is the present and the future of Wales’ renewable energy footprint that we want to strengthen. Wales continues to eclipse its recycling targets, with Welsh Government announcing in November 2020 that it was exceeding its 64% target set out in the country’s ‘Towards Zero Waste’ strategy. There are now talks underway for the target to be increased to 70% by 2025. The nation’s decarbonisation programme, under the umbrella of the Environment (Wales) Act 2016, positions Wales as a low carbon, green economy. The Act looks to build strong and healthy communities across Wales, laying a platform for a prosperous economy for future generations.

Less than 100 years ago Wales was a global leader in the distribution of coal, but earlier this year, alongside England and…

The Welsh Government has committed to net zero emissions by 2050, while setting ambitions to reach the target sooner.