by Max Lacey-Barnacle and David Weatherall

Welsh Government is set to publish a new fuel poverty strategy for Wales by spring 2020. We don’t yet know the specifics of the new strategy – but Scotland could provide some policy inspiration. Scotland is spending more per person on energy efficiency than any other country in the UK, and has recently updated its strategic and legislative framework for tackling fuel poverty.

In what follows we explore priorities for Wales’s fuel poverty strategy and present some thoughts about what Wales could learn from Scotland. 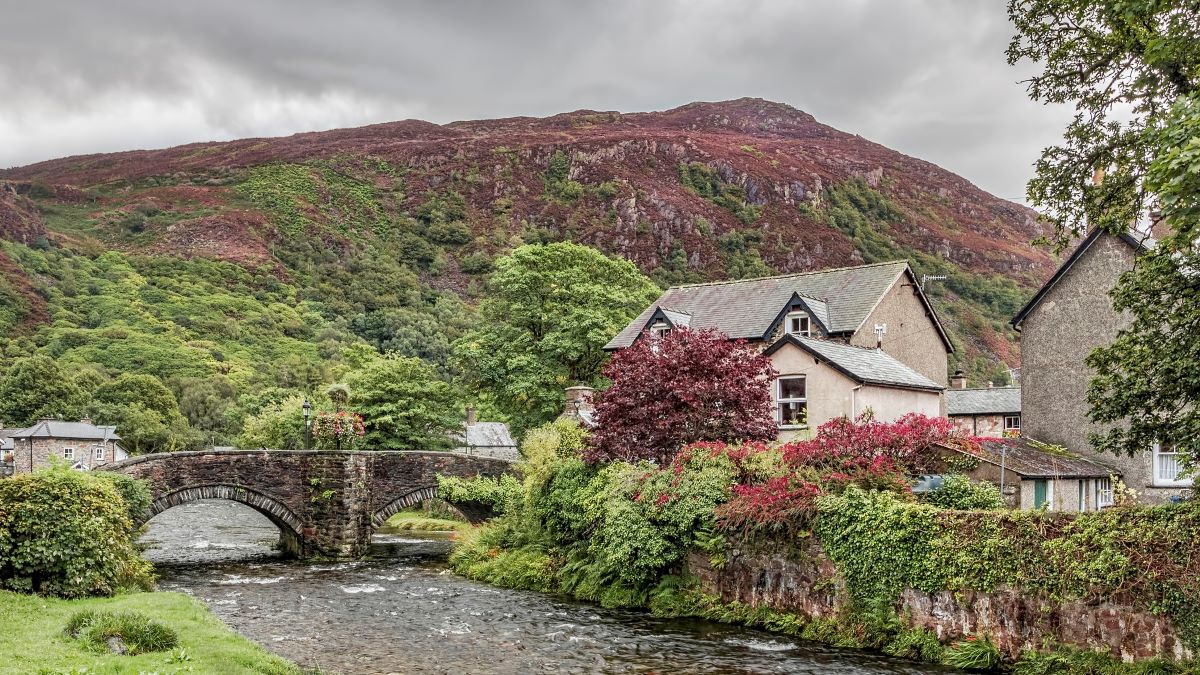 The fuel poverty picture in Wales

155,000 households in Wales are living in fuel poverty – 12% of the total number. While this represents a notable drop over the last decade, from 26% of all households, a lot of people are still struggling to afford to keep their home warm each winter.

17% of Welsh properties are off grid and rely on more expensive LPG, oil or electricity for heating, increasing the challenge of bringing energy costs down to an affordable level. A third of Welsh housing stock was built before 1919. These older stone or solid brick wall buildings are more expensive to insulate than newer homes built with cavity walls. 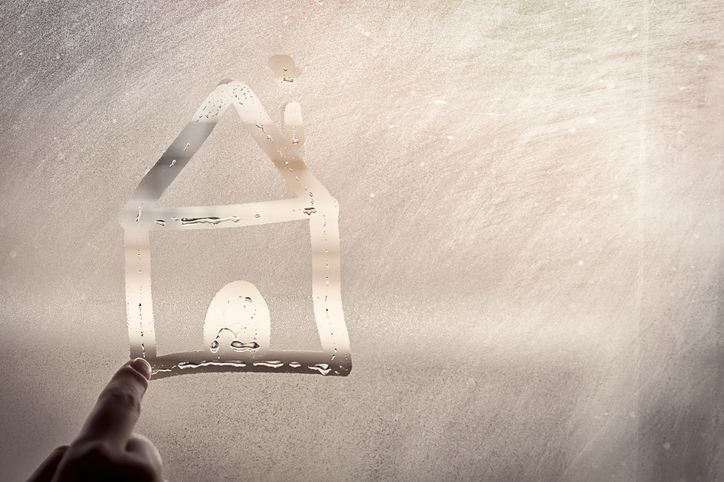 Arbed is delivered in partnership with local authorities and funded from EU and Welsh Government money. It is area based, so focuses on improving as many homes as possible in specific, low income communities. Arbed aims to reach around 3000 homes a year. While the latest, third, phase of the programme is still ramping up, the annual report on the first year of Arbed’s operation showed that 1,266 measures (e.g. gas connections, new efficient central heating system, LED bulbs) had been installed in homes in 2018-19.

Nest’s most recent annual report shows that over 3,800 homes received home energy improvements in 2018-19, including boiler upgrades and household insulation measures. In addition, during this period 15,606 households in Wales received free energy saving advice from the scheme.

The GB-wide Energy Company Obligation (ECO) scheme whereby energy suppliers have to install energy efficiency measures in the homes of people at risk of fuel poverty also operates in Wales. Some ECO money boosts the NEST programme (£259,000 in 2018-19), while some households access ECO more directly through local installer companies or by contacting an energy supplier themselves.

Nonetheless, tackling over 150,000 homes will take time at current rates. While NEST and Arbed are effective programmes, we have some ideas about how Wales’ fuel poverty programme could develop further.

Below, we explore the following five core areas needed to build upon the drive to eradicate fuel poverty in Wales:

1. The definition of fuel poverty

There’s no definitive definition of what constitutes fuel poverty. Wales currently uses the ‘10% definition’, which means that any household needing to spend over 10% of their income on fuel bills is classed as fuel poor.

This definition has been criticised on a number of grounds; for example, it includes wealthier households who choose to live in very large draughty homes. Scotland also used the 10% definition until recently, but following a legal change, it now defines fuel poverty as a household where residents are on low incomes and they need to spend a high proportion of that income on fuel. Welsh Government will assess the definition used in Scotland (as well as the metric used in England, which is slightly different again) in the fuel poverty strategy to see what would be the best fit for Wales.

Wales can also make better use of data to understand the fuel poverty problem. Data can be used to draw a stronger picture of the wider impacts and benefits of action for fuel poor homes. For example, estimates show action on energy efficiency could prevent householders developing respiratory illnesses that cost the NHS £2.5billion a year to treat across the UK.

Outreach is an important element of both the Nest and Arbed programmes. Nonetheless, people living with health problems, or who are older and frail, may still find it difficult to engage with the referral processes for fuel poverty programmes. This may be due to isolation, as well as the difficulty, for people living with long-term health problems, of finding the time and energy to fill in forms or talk to advisors. And while Nest and Arbed referrals can be made over the phone or in person, some older people’s lack of digital skills also removes an easy route to information about the programmes.

For the next phase in Wales’s fuel poverty support programmes, we suggest the establishment of an in-home advice service, where home visits are offered to very vulnerable households who would otherwise find it difficult to engage with a fuel poverty support programme. Customers might include people with chronic physical or mental health problems or the very elderly. Such a step would fit well with a key recent development of the Nest programme: the extension of eligibility under the programme to people living with a health condition.

Scottish Government’s innovative Energy Carers programme is delivered by Energy Saving Trust. This programme offers intensive in-home support for vulnerable households, with a team of “energycarers” who work closely with people who lack the capacity, knowledge or ability to access fuel poverty support- or indeed wider help with their home and finances. Support may include helping people who struggle with lengthy application forms, online portals and complex referral processes.

3. Providing funding for the hardest-to-improve homes

Some homes are costly to improve with energy efficiency measures.  They may need non-standard insulation, or a wholly new heating system fitted. And sometimes structural or damp problems need to be treated before energy efficiency works can even begin.  The costly-to-improve homes are a challenge: to ensure that the available funding benefits the largest number of people, there is inevitably a limit on what Nest and Arbed can spend on measures for any single property.

Having sufficient funding to enable measures to be fitted in these harder-to-treat homes, to bring the home to a decent standard of energy performance can be vital. Sometimes, homeowners can contribute their own funds to the costs of works. However, we also suggest a flexible top-up fund could be established by the Welsh government, offering further assistance for households most in need. This fund would ensure that any additional retrofitting or improvement work, that is vital to building performance and wellbeing, can be completed for those unable to fund this work themselves.

A centralised Welsh support programme to help local authorities to take advantage of ECO could be highly cost-effective in attracting a greater share of UK-wide ECO funds.

In Scotland, Scottish Government funds Energy Saving Trust to help local authorities plan and access funding for energy efficiency programmes – particularly from ECO. This involves both staff time and data analysis.  Partly as a result of this, Scotland receives a higher share of ECO money  per person than Wales or England.

The Welsh Government should consider a new Energy Performance Certificate (EPC) target for fuel poor homes. England has an ambition of getting all fuel poor homes to an EPC band C by 2030, and Scotland has consulted on the same target as a standard for all homes by 2040 or possibly earlier. Wales could demonstrate leadership amongst the UK nations by setting a minimum target of EPC band B for all fuel poor homes by 2030.

Ensuring no-one is left behind

No one should miss out on energy efficiency measures because of vulnerability (which can make it hard to engage with fuel poverty support) or because their home is particularly difficult to improve. Our experience from Scotland is that these two issues often go together. There is a significant population of vulnerable people living in homes with severe disrepair problems that are costly to improve without support.

Additional advice and support – following the “Energy Carers” model and a flexible top-up fund can ensure a dual focus on both ‘hard to reach’ households and ‘hard to treat’ homes: this approach has worked in Scotland.

We need to increase the focus on realising ‘energy justice’, which emphasises the impact energy systems have on people, their lives and wellbeing. Energy efficiency is not just a matter of technical fixes – it can improve lives.

Understanding people’s lived experience of fuel poverty, with emphasis on the human dimensions of retrofitting homes, should inform policy. This means featuring the voices of those living in fuel poverty, and crucially those lifted out of fuel poverty, much more in policy conversations, reports and workshops.

Placing emphasis on the positive, transformative potential of energy efficiency measures for households thus connects strongly to achieving energy justice for the people of Wales.