So far in this series, we’ve given you an overview of how we might reach the bold target of net zero emissions by 2050: achieving a balance between the carbon emitted into the atmosphere, and the carbon removed from it.

We’ve also explored how to make the necessary reductions in carbon emissions from heating. This time, we’re going to look at cutting emissions from another area: generating electricity.

When fossil fuels are burned to meet our demand for energy, it emits carbon dioxide:  the main greenhouse gas that’s causing climate change. But the good news is that we are already shifting away from using fossil fuels to generate our electricity – and doing it instead with renewable sources of energy like solar and wind.

Ten years ago, 7% of electricity in the UK came from renewable sources. In 2018, the figure was 33%. And in 2019, we generated more electricity from low carbon sources than from fossil fuels for the first time since the Industrial Revolution.

There’s even more encouraging news from Scotland. In 2015, renewables became Scotland’s largest power source. But as you can see, we still need to reduce carbon emissions further from electricity generation.

To get us on track for the 2050 target of net zero emissions, the Committee on Climate Change advised that our onshore wind capacity should increase to 22-29GW by 2030. But in 2019, just 23 new onshore wind projects were installed in the UK, adding 0.6GW to the capacity. And in 2018, 0.7GW was added with 91 new projects.

It’s a dramatic decline from 2014, when 405 new onshore wind projects started generating electricity. Largely that’s a result of a UK Government policy change in 2015, when the then incoming Conservative UK Government changed regulations and restricted subsidies for onshore turbines. The regulations were introduced after complaints about the impact of onshore turbines on the countryside.

But the climate has since changed, in more ways than one. A UK Government poll in 2018 found that support for onshore wind is at an all time high of 76%, with people 15 times more likely to strongly support it than strongly oppose it.

So it’s great news that the UK Government has recently reversed the previous policy decision, to enable new onshore wind projects to be built, reflecting the clear change in public opinion – and the urgent need to get on track for net zero by 2050.

Energy Saving Trust is taking a lead in getting community onshore wind projects up and running. Since 2010, we have been working with communities in Wales to support the development of community energy projects. Through our contracts with the Welsh Government, (currently through the Welsh Government Energy Service), we have recently been supporting the community in South East Pembrokeshire to deliver a 900kW generator with a community share offer to follow, repaying a construction loan from the Development Bank of Wales. Collaborative community projects like this could play a key part in reaching net zero.

By 2050, according to the Committee on Climate Change, 75GW of offshore wind capacity will be needed. So it’s encouraging that, in the first six months of 2019, Scottish wind turbines generated enough electricity to power the equivalent of 4.47 million homes, and in 2019, the UK Government awarded contracts to several new offshore wind projects, which will add a further 6GW of renewable electricity capacity from 2023. 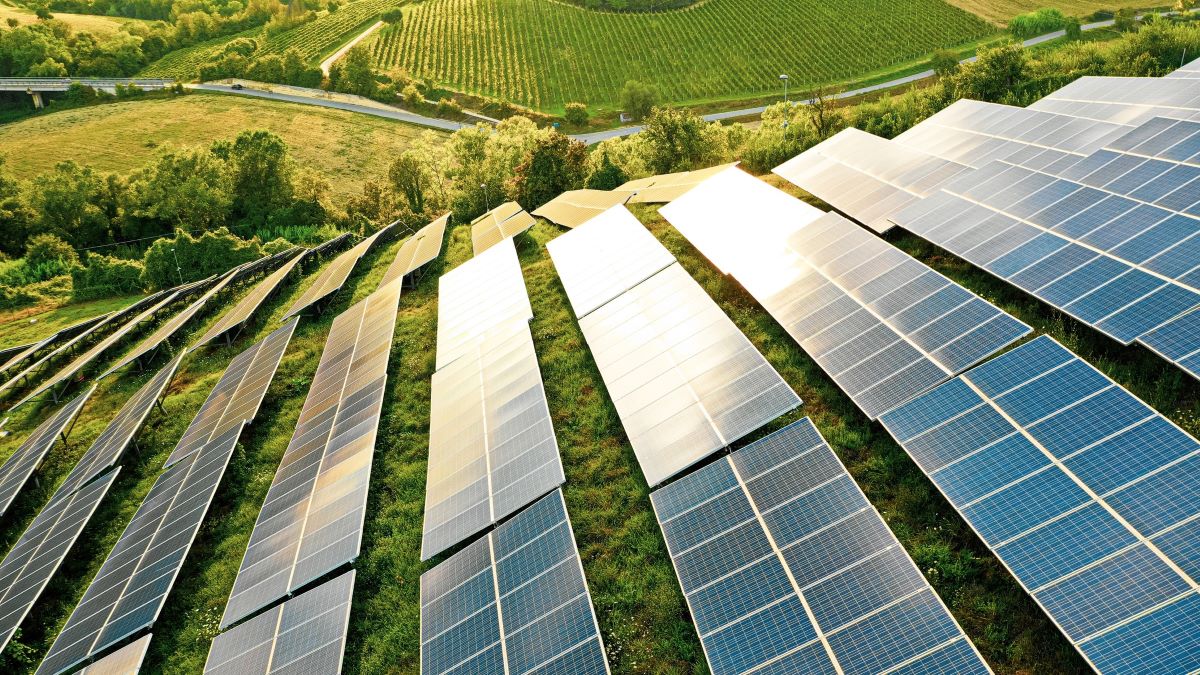 Solar photovoltaics (PV) are another low carbon source of energy. PV cells on solar panels capture sunlight and convert it to electricity.

Solar PV systems vary in scale: from solar farms, where solar panels mounted on the ground spread across large areas, to smaller systems installed on buildings and homes.

Domestic solar PV systems are a popular renewable energy option in the UK. The Feed in Tariff (FiT) scheme pays many users a rate both for generating electricity with a solar PV mounted on a building, then for feeding surplus electricity into the grid.

But since the FiT scheme was scrapped in 2019, the clouds have gathered and installation rates have dropped dramatically.

There is a new scheme, the Smart Export Guarantee (SEG), which only applies to solar panels on homes (FiT applied to ones on any building) and where energy suppliers pay householders for the electricity that they export to the grid.

But according to the Government’s own figures, the SEG scheme will only enable around 3,000 installations of new solar PV systems every year: far below both the previous rates and the levels required to reduce emissions to net zero by 2050.

This is an area where we need clear Government action to make it much more affordable for households to start generating electricity from solar PV systems.

There are some other low carbon energy options too. When it recommended setting the 2050 target for net zero emissions, the Climate on Climate Change noted the potential to meet between 5% and 10% of our energy demands with biomass:  renewable source of energy, generated from burning wood, plants and other organic matter, such as manure or household waste.

Another controversial energy option is nuclear. Leading business groups and engineering firms have said that nuclear plants and reactors should continue to be built in the UK, to provide a completely carbon free source of energy and play an important role in reaching net zero emissions. But several questions remain about its value for money and funding – not to mention the disposal of its hazardous waste.

The solution to achieving net zero emissions by 2050 clearly won’t come from one source alone. We need to generate our electricity with a mix of low carbon sources, all fully supported by the government. And we must not only look at how we produce electricity, but also how we use it in our lives: in our diet, our homes and our transport.

To find out what you can do to reduce emissions in each of these areas, why not read our overview of the pathway to net zero? If you want to learn more about generating your own renewable energy, we have information about that too.