From thin air to algae, from urine to jewellery, the sustainability sector is a hub for technological advances.

Energy Saving Trust looks at 10 innovations that may – or may not – change the way we interact with our world in the face of climate change. We have not tested any of these products and we cannot verify the claims of their inventors but we’re sure you’ll find them as interesting as we do.

Large panels (16.2 x 7 metres, or 53 x 23 feet) are attached to new, or old, buildings. They ‘suck in’ unfiltered and polluted air from the street that then rises up through the panels. The algae capture the CO2 and other pollutants and releases photosynthesized oxygen back into the street or the building interior.

The ever-growing algae are later harvested to produce fertilisers, bio-plastics, cosmetics and more.

The company claims that two square metres of PhotoSynthetica panels can absorb as much CO2 as a mature tree.

Find out more in this film about the company from the BBC. 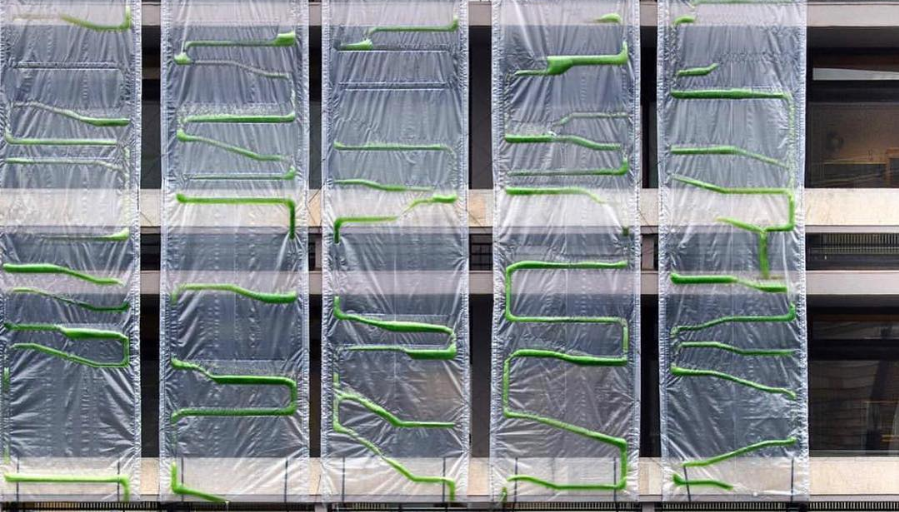 Spending a penny may save you a fair few with this technology; quite simply, it’s technology that converts urine into electricity.

Urine passes through a series of Microbial Fuel Cells (MFCs). The microbes feed on the organic materials found in urine, releasing electrons and generating electricity.

The PEE POWER® system was developed at the University of the West of England (UWE Bristol) and has s been used to provide some of the power at Glastonbury Festival for the last four years. It’s now providing electricity in poor communities in Kenya, Uganda and South Africa.

Xenobots are tiny, millimetre-wide ‘robots’ made of living cells from frog embryos.

Scientists at the University of Vermont and Tufts University use supercomputers to design them. Once finished, they have the ability to self-repair and also carry and absorb materials.

It is hoped that they can be used to clear micro-plastics from the ocean, locate radioactive waste and even help to unclog human arteries.

Find out more in this video about these living robots.

4. Batteries that get better with age

John Goodenough was the co-inventor of the lithium-ion battery – this is his reaction to winning a Nobel prize for Chemistry. Now, at the age of 97, Goodenough claims to have helped create a lithium-glass battery that has twice the energy density of lithium-ion batteries and whose capacity increases with age.

It claims to operate at lower temperatures, a shorter charging time (minutes not hours) and lower costs, safer (non-flammable) and store more energy the older it gets.

The year 2022 is pencilled in for launch of what could be an industry-changing invention. 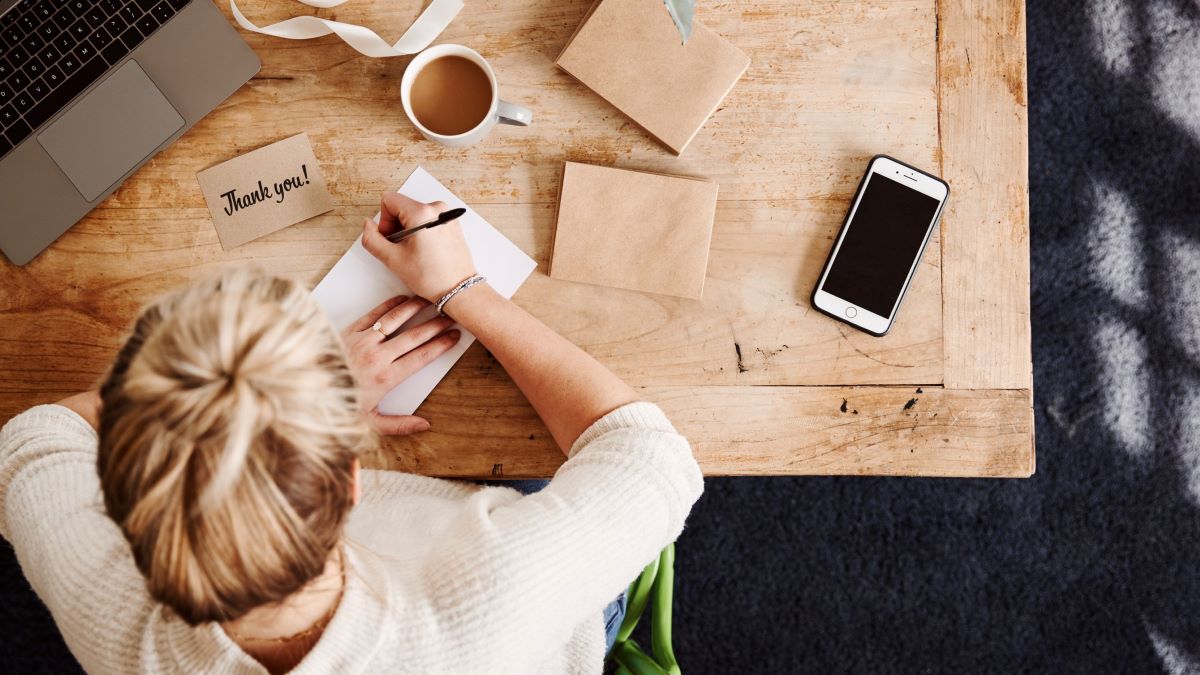 Prefer handwriting real notes? The Rocketbook Everlast is a 36-page notebook with pages can be wiped clean with a damp cloth.

This never-ending notebook could save a lot of trees over a lifetime, plus an Earth Edition purchase means a tree is planted on your behalf, too.

Scientists at the University of Massachusetts Amherst claim to have developed a device that creates electricity from moisture in the air, indoors or outdoors.

It works by absorbing water vapour in the atmosphere, which interact with protein nanowires to create an electrical current.

Smart watches have been successfully powered, with mobile phones and larger scale items next. Wall paint that powers your home is in the pipeline, too – there is the potential to eliminate the production and charging of billions of batteries.

A zero-waste, 100% biodegradable and plastic-free lunch box as tough as a Tupperware sounds too good to be true – but that’s what the Wearth company claims.

The box is made from organic rice husk and held together with a natural binding agent found in plants. The manufacturer claims the lunch box is durable, greaseproof and leak-proof, oven and microwave safe and can even survive in the dishwasher and the freezer.

When discarded into landfill or your compost heap – following ‘several years’ of use –the lunch box will biodegrade within 180 days.

Fraser Brown MacKenna Architects have approval to build the UK’s first micro-homes made from shipping containers.

A first set of seven, single-storey houses designed for single occupancy will be built in Aylesbury. It’s thought many areas will soon copy what is a low-cost housing solution designed to suit small and underused urban areas.

High performance insulation to walls, roof and floor along with low-energy double-glazing mean tenants will have low heating bills and emissions will be minimised, as well as avoiding scrapping the shipping container.

Single use plastics are ubiquitous when eating and drinking anything on planes, trains or at service stations.

PriestmanGoode – an industrial design studio – has rethought the whole experience. It’s swapped these harmful plastic materials for an eco-friendly dining set. The set uses ground coffee beans and rice husk materials to do the same job as plastic. 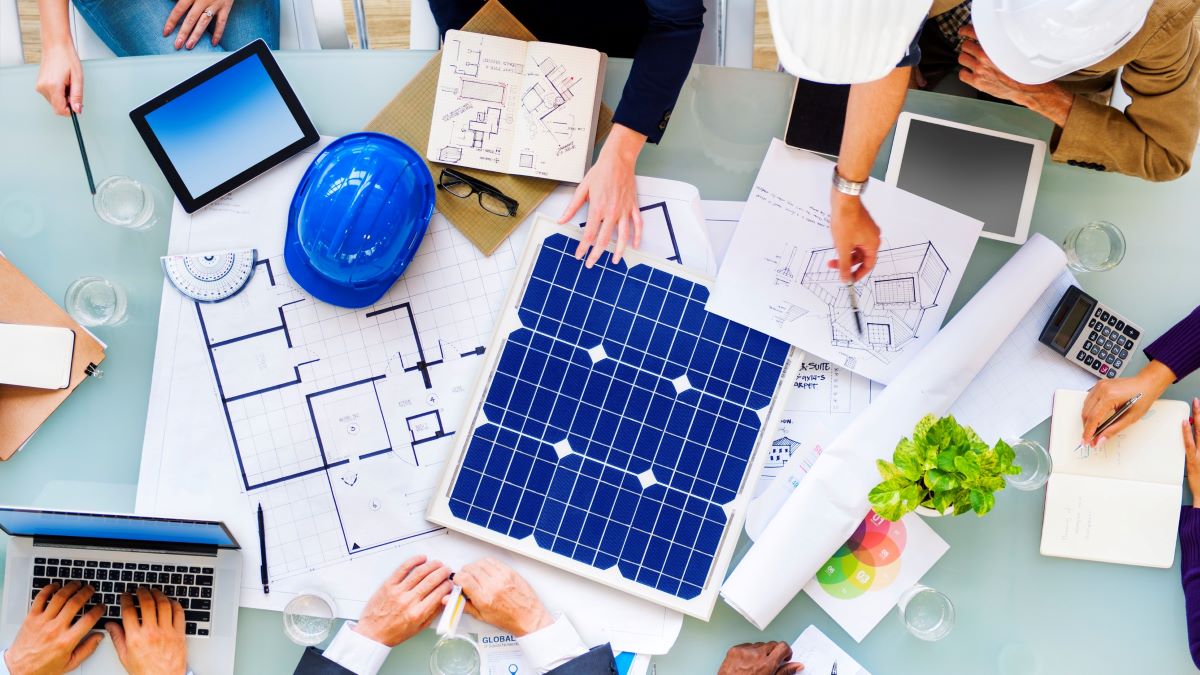 Yet to take off in the UK, keep an eye out for this sustainable work mode.