Why an ecargo bike isn’t just for businesses

In towns and cities across the UK, cargo and electric cargo bikes are becoming a familiar sight, as more and more companies and families adopt cheaper, zero emission transport modes for local journeys, or to make last mile deliveries.

A cargo bike is any bike that has been specifically designed to carry a load, and an ecargo bike is simply a cargo bike with an electric motor. They make great alternatives to petrol and diesel transportation.

We take a closer look at the benefits of ecargo bikes and consider why everyone – from businesses to individuals to families – should make the switch. 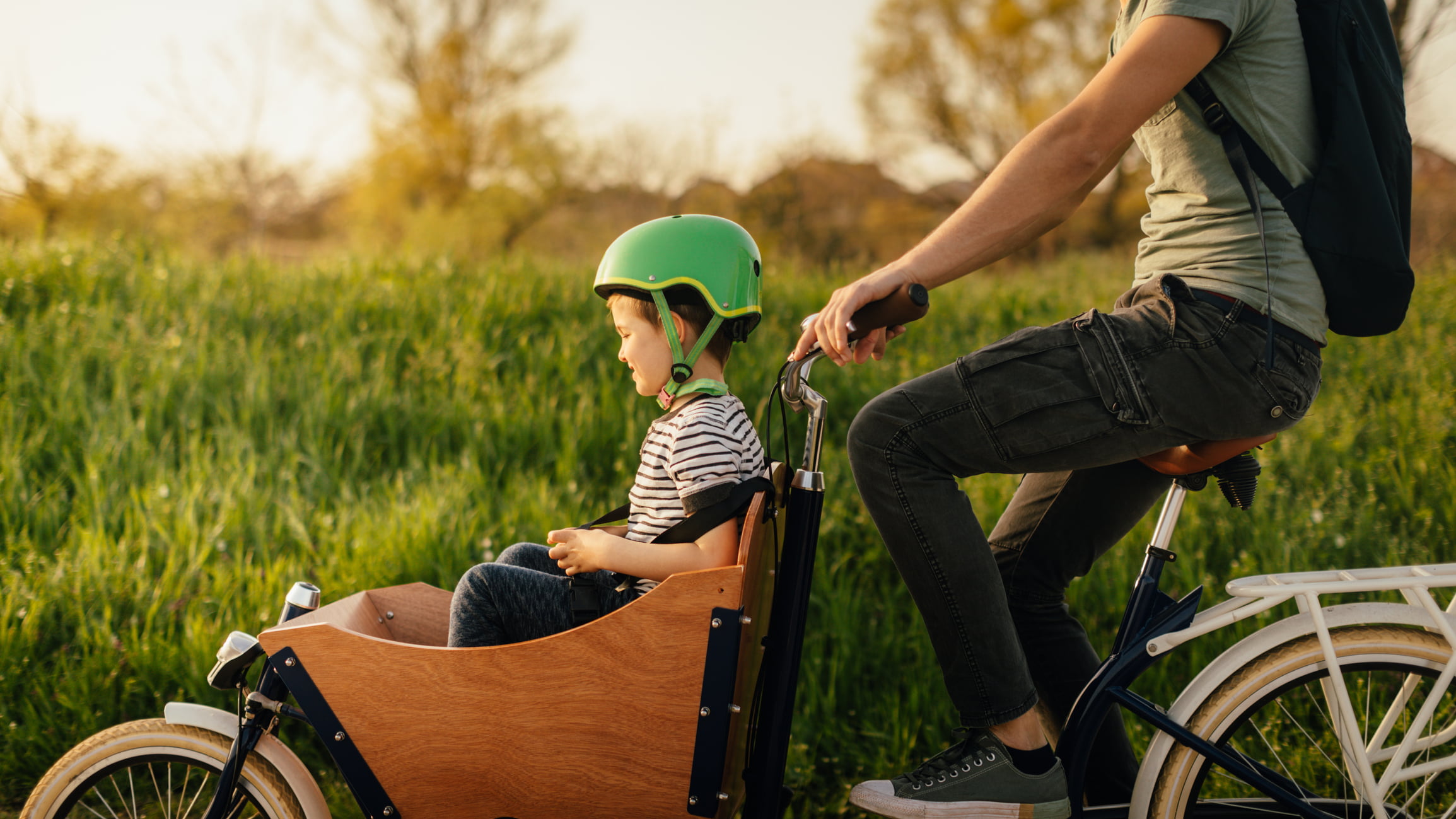 What are the benefits?

Good for the environment – and our communities

Electric cargo bikes have zero tail pipe emissions. This means when conventional petrol and diesel vehicles are replaced with cargo and ecargo bikes, there are no greenhouse gases emitted during travelling and there is no negative contribution to air pollution. The UK has banned the sale of new petrol and diesel cars and vans from 2030, so cargo bikes are likely to become an even more attractive option over the next 10 years. What better way to set an example for the next generation?

Good for your wallet

Both cargo and electric cargo bikes can also make good financial sense. There is a significantly lower upfront cost compared to cars and vans, and as electricity is cheaper to buy than petrol and diesel, ecargo bikes have far lower running costs too. Insurance, maintenance and repair costs are also significantly cheaper.

Smaller and can be quicker

Cargo and ecargo bikes take up less space on the road than most cars and vans, which eases congestion in towns and cities while increasing the efficiency of services like public transport. They can take shorter, faster routes by using cycle and bus lanes, being wheeled through pedestrianised areas, or moving through standstill traffic. Electric options can get you from A to B even faster.

Good for your health

The use of cargo and ecargo bikes comes with a range of health benefits. Cycling is one of the healthiest forms of active travel, helping to build muscle and improve your heart and lung capacity. Did you know that being regularly active can reduce your risk of depression by 30% and type II diabetes by 40%? If you’re transporting children, cargo bikes can be a fun and healthy habit to share with your family – it’s a great way to get them outside and allows you to exercise at the same time!

Take the family (or shopping) with you

Families around the UK are increasingly using cargo and ecargo bikes as an alternative to cars. They can improve independent and family wellbeing, and many have space to carry up to three children – so there’s room for everyone! The large loading capacity of a cargo bike also allows families to do their local food shop in a much greener way.

There are a variety of options

From rain canopies to three wheeled models, attachments and adjustments, cargo bikes can be versatile to meet a variety of needs and situations. Did you know there are even some models that can be stored upright and take up the size of a large potted plant? 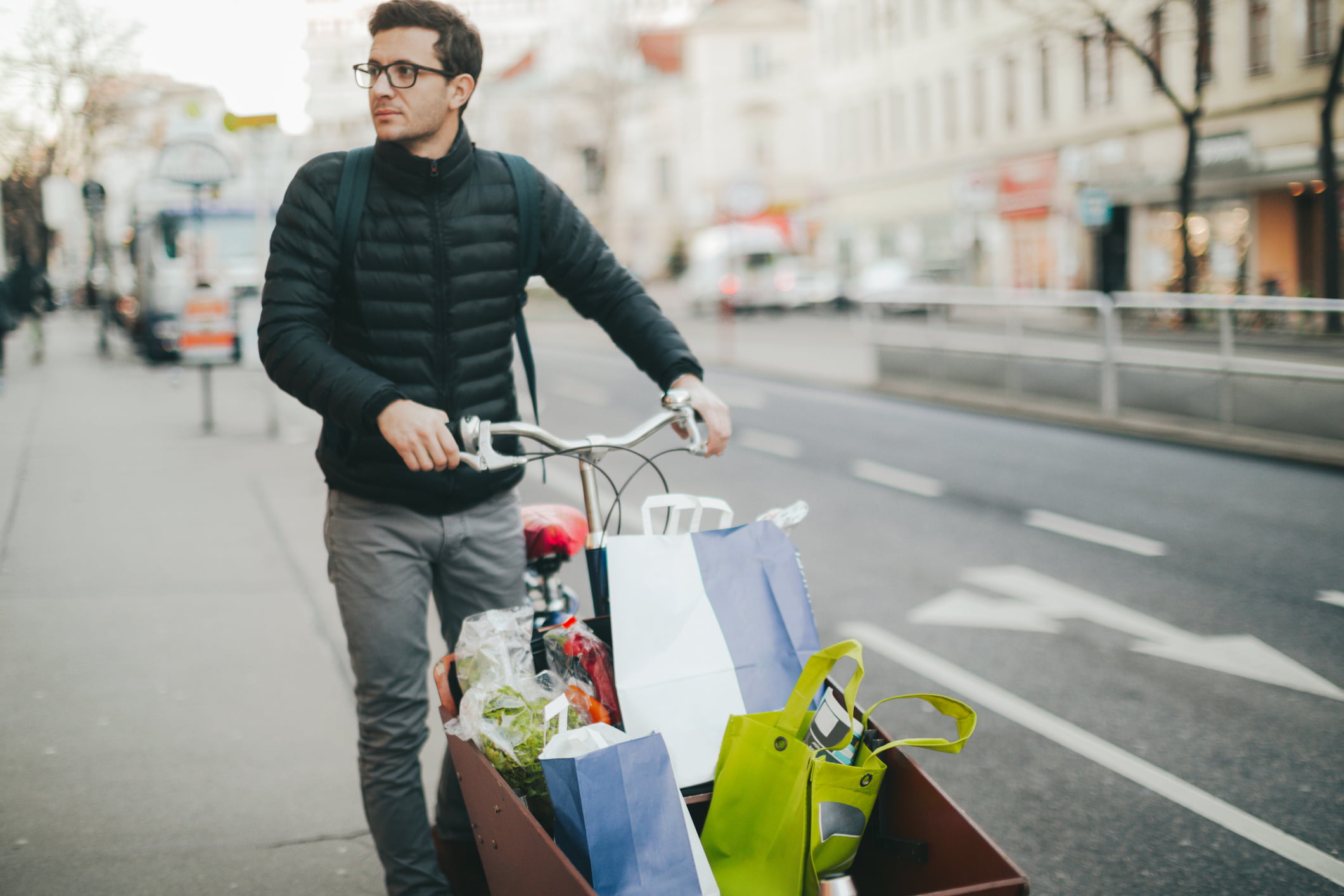 If you are looking to purchase a cargo bike or ecargo bike, why not look in your area for community groups offering reconditioned bikes to save your carbon footprint even further. Alternatively, you may wish to purchase one via your employer’s Cycle to Work scheme.

If you live in Scotland, check out the Transport Scotland funded eBike Loan, which can help you purchase a new electric bike, ecargo bike or adapted cycle.

Ecargo bikes are an efficient alternative and can take faster routes when making deliveries.

Cycling is more popular than ever, with thousands taking to two wheels during lockdown to get to school, work or the shops.

To help you make the switch to low carbon travel, we’ve put together some cycling top tips to keep you safe both…