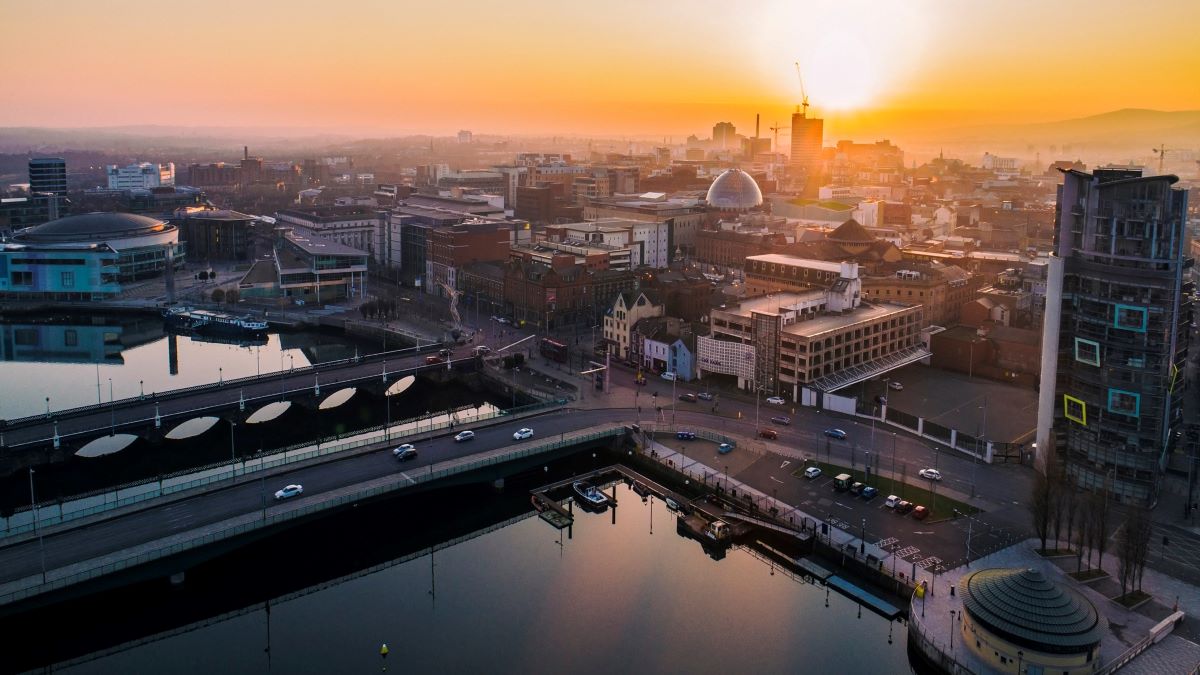 Northern Ireland finds itself in a unique position in the UK’s energy picture. At under two million, it has a much smaller population than any other constituent part of the nation and its energy supply is unlike the rest. Some 68% of homes rely on oil-fired boilers for heating, and the country has high levels of fuel poverty, with 22% of the population currently spending more than 10% of their household income on heating their homes.

Following the collapse of the Northern Ireland devolved Government in 2017, there was no capacity to legislate for change. However this situation looks brighter with the restoration of the Stormont assembly in Jan 2020. One of the reasons for the collapse of the government included controversy around the country’s version of the Renewable Heat Incentive (RHI).

Northern Ireland has only had a gas supply, since its introduction to the energy mix in 1996. The consequences are clear: swathes of the country continue to be dependent on oil heating and are subject to oil price fluctuations as a result. The levels of fuel poverty seen are no coincidence. Heating oil also has significantly higher emissions than mains gas, with just under 0.3kg CO2 for every kilowatt hour of energy delivered, compared to just over 0.2kg for gas.

Some efforts have been made to increase energy efficiency and reduce costs for those who need it most. The Affordable Warmth scheme, delivered by local councils and the Northern Ireland Housing Executive (NIHE), addresses fuel poverty by delivering measures like insulation and heating systems. Meanwhile, Energy Saving Trust administers the Northern Ireland Sustainable Energy Programme (NISEP) on behalf of the Utility Regulator, which is an energy supplier obligation programme based on an £9.16 customer levy on electricity only. It provides about £8m per year for energy efficiency programmes, with 80% ring fenced for vulnerable customers.

What will gas expansion mean for green push?

Northern Ireland’s gas grid is still a work in progress, meaning a wholesale switch to gas is unlikely to be a quick process. The ‘Gas to the West’ Project initiative funded by Government to extend gas pipelines to the western parts of Northern Ireland is very much in its infancy. Even householders with a gas supply, have only two suppliers to choose from - in some areas you’re not able to switch at all.

It might be a stretch to think that the country could leap straight from oil to alternatives such as renewable heating. Or is it? Future policy should mean considering options which have the potential to cut householders’ costs, reduce greenhouse gas emissions and improve people’s quality of life. The country’s present energy situation presents a unique chance for some homes to ‘skip’ the gas stage altogether and go straight from oil to green energy.

Towards a low-carbon future

Could Northern Ireland fall out of step with UK clean energy policy, where the focus is to reduce the reliance on fossil fuels in pursuit of hitting climate targets and increasing energy security? The Department for Economy (DfE) is developing Northern Ireland’s new Strategic Energy Policy over the next couple of years, which is key to ensuring Northern Irelands’ decarbonisation agenda.

You might think that focusing on decarbonising the Northern Irish electricity supply would be a more politically appealing option than tackling heating, given previous success in reaching a 2015 low-carbon generation target and an ambition to reach 40% renewable electricity. However, it’s encouraging to note that the Northern Ireland Renewables Industry Group (NIRIG)’s 2050 strategy takes a whole-system view of energy supply, including exploring heat networks and a renewed focus on energy efficiency.

This makes sense, as ultimately it’s impossible to decarbonise and meet clean energy objectives without taking action on heat. Given the current reliance on home heating oil, Northern  Ireland has a huge challenge on its hands to enable householders to convert to other, greener, methods of heating their homes.

Whatever happens next, creativity and collaboration will be key. With the right support and a firm direction, Northern Ireland’s next energy policy has the potential to bring much needed change.