Weather forecasts are forever useful; whether it’s helping you decide whether to take an umbrella with you when you leave the house, or giving British people a reliable topic of conversation.

Now, there’s a new kind of forecast available, with the launch of WWF’s green energy forecast – and it promises to be equally helpful in making the most of low-carbon energy.

What’s it all about?

The forecast, in partnership with National Grid, tells you how much clean, green power will be going into the electricity supplied to our homes over the next 48 hours.

But how exactly will this be useful? Firstly, increasing amounts of our electricity is coming from clean, renewable, wind power and solar power generation rather than coal, oil or gas power plants.

However, levels of wind and solar power generation vary with the weather, and the balance between clean and dirty fossil fuel power going into the electricity grid also depends on how much energy people are using. For example, when demand is highest it might be necessary to turn on extra ‘peaking plant’ such as a coal power station to meet the demand, which increases CO2 emissions.

The green energy forecast offers the chance to change the times we use electricity in our homes to make sure we’re using more electricity when the national grid is at its cleanest and greenest. This could potentially help fight climate change. 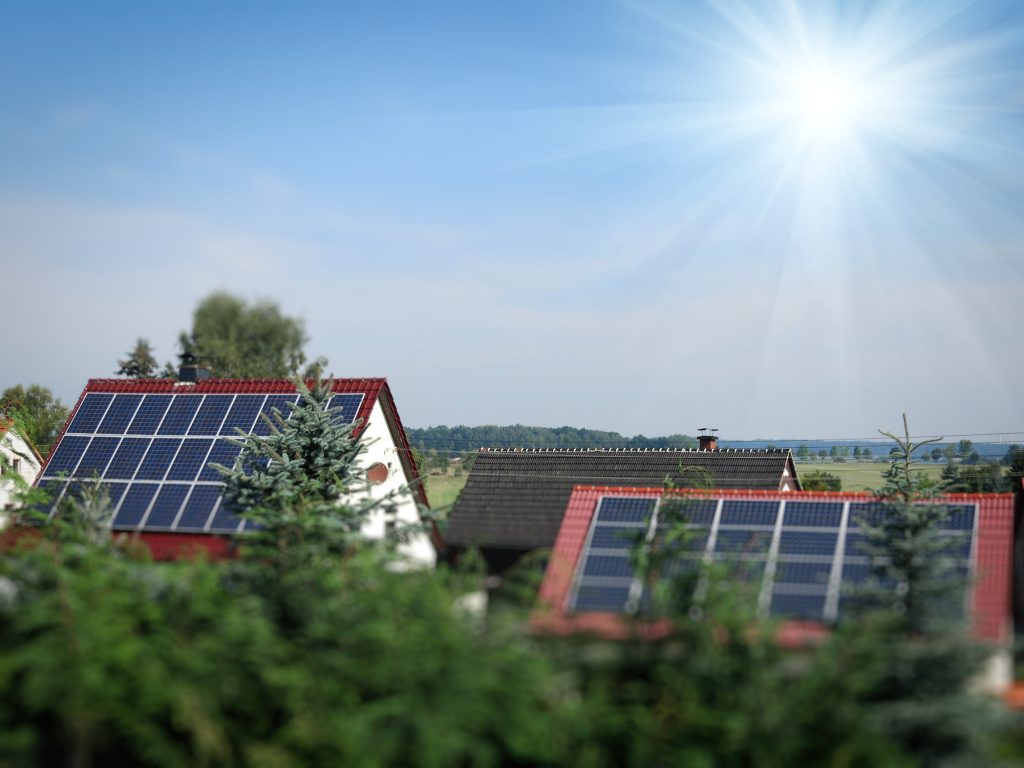 Given the service offers an hour-by-hour guide to the carbon intensity of the electricity supply, two days in advance, it could help you use appliances when the most renewable energy is being generated.

Charging phones, tablets and computers is an easy way to take advantage of peaks in green electricity, as it doesn’t require engagement beyond plugging in and unplugging. Smart chargers can also help programme devices to charge at the lowest-carbon times of day, or on the greenest days overall.

Energy Saving Trust has been advising in the project, and will also be bringing the forecast into its consumer advice.

Head of policy, David Weatherall, said: “As the provider of advice to householders about energy across the UK, we are supporting the development of the green energy forecast. We will recommend to households who want to help save carbon that they pay attention to the forecast and think about using electricity at times when the grid is greenest.

“As part of our work with government and businesses, we will also support the development of new products, services and regulations that can help householders to benefit from the forecast in a variety of different ways.”

Looking to the future, the benefits of such a forecast could become bigger still. In particular, that’s when the financial advantages of being able to predict electricity grid output should grow.

With more ‘smart’ appliances in homes that have automated features, more domestic tasks can be set to run at specific times.

It is also widely expected that ‘time of use’ tariffs will become more common, where electricity rates vary depending on the time you’re consuming it. If you’re on a rate where the lowest rates are at times where green energy generation is at its highest, the combination of the two should mean lower carbon emissions and lower bills. Managing demand is also important for the future of the grid.

“Enabling and encouraging households to use more electricity when overall demand is low and levels of clean generation are high – what’s known as ‘demand side response’ – is an important ingredient in government plans to develop a modern, smart and flexible energy system.”

It’s not only behind closed doors where better grid intensity forecasting could bring advantages. The potential benefits of being able to plan your use of electricity extend to roads and driveways, too.

With the government’s announcement that no new fully petrol or diesel cars will be sold after 2040 a number of newspapers and online commentators have raised concerns about whether there’s enough electricity generation to power all the new electric vehicles (EVs) that are going to be on the road.

Jacob Roberts from Energy Saving Trust’s transport team, explained: “Electric vehicles are widely seen as the future of transport and the WWF green energy forecast unlocks the potential for electric vehicle owners to charge their vehicles when renewable capacity is high. In doing so, the batteries in their vehicles will be storing renewable electricity that may previously have been unused.

The forecast is based on a number of factors, including weather and energy consumption trends. It is expected to become even more accurate as it is developed, and the next stage will see National Grid develop a forecast broken down by region.

In a number of countries, there is new low carbon energy generation technology going on to the grid at a cheaper rate…

Why outside the grid does not mean outside of help

It is typically far more expensive to heat your home off-grid, which creates significant problems for the rural poor.